The Argentina international was at his best for Barcelona in the Spanish La Liga encounter with France international Antoine Griezmann also scoring a brace.

Messi who is one of the greatest footballers in football history has now set a new incredible goal-scoring record in the Spanish La Liga.

Barcelona’s emphatic victory over Granada has also taken the Catalans to third position on the Spanish La Liga table with 34 points after 18 games played so far.

Ronald Koeman and his wards are now four points behind Atletico Madrid who are currently topping the Spanish La Liga table after 15 games.

Messi continues to be linked with moves to Manchester City and Paris Saint-Germain after entering the final six months of his deal with Barcelona.

Before the start of the ongoing League season, Lionel Messi wanted to leave the Catalans just because of their poor performance last season in which they failed to win any title.

Their embarrassing defeat against Bayern Munich in the Champions League also made Lionel Messi sad and thought leaving the Nou Camp was better.

The German champions went on to win the Champions League beating PSG in the final. 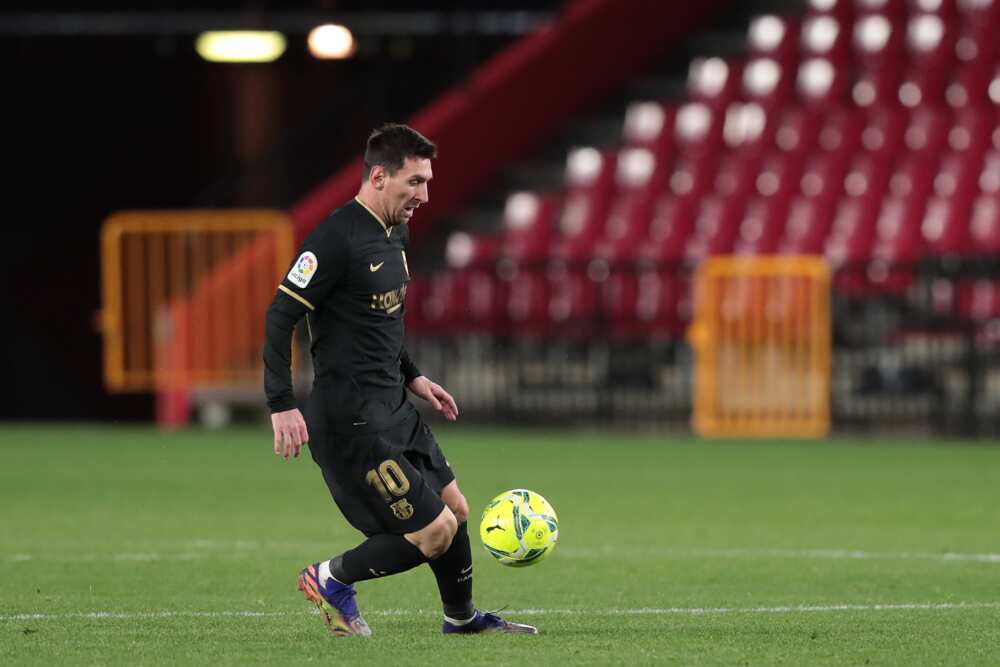 Earlier, Legit.ng had reported how Jorgi Farre who is among candidates fighting to become next Barcelona president claimed that the club’s captain Lionel Messi would sign a new contract if he should win.

This latest development will come as a cheering news for all Barcelona fans who have been worried over the future of the Argentina international.

Lionel Messi’s current contract with the Spanish giants will expire at the end of the ongoing League season and the Argentine has already been linked with a move to Manchester City.

Trouble over Lionel Messi’s future at Barcelona started before the beginning of the season after the Argentine handed in a transfer request.