Despite the suspension of the 10-month-old strike action embarked upon by the Academic Staff Union of Universities (ASUU), there are clear indications that Nigerian varsities may not resume back to class in January or any time soon.

Legit.ng recalls that in what finally ushered in a sigh of relief, the lecturers’ body finally called off its strike action on Wednesday, December 23, with Professor Bodun Ogunyemi announcing the long-awaited good news following a six-hour meeting with the federal government.

The National Universities Commission (NUC) also said that universities could resume on Monday, January 18, but must adhere to COVID-19 protocols in hostels and lecture halls. 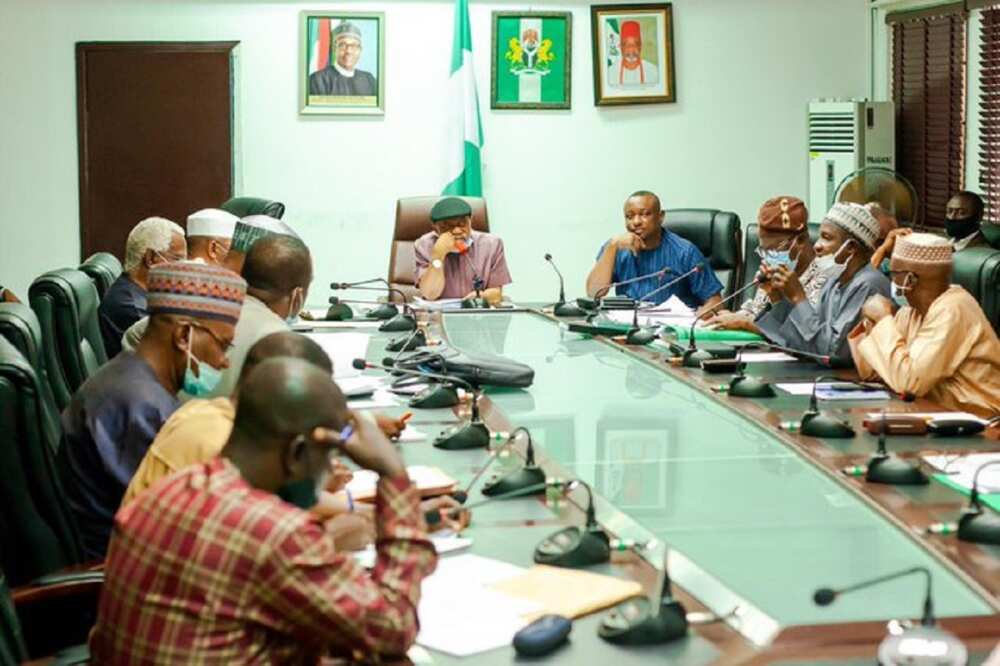 Due to COVID-19 and some other reasons, Nigerian varsities may not resume back to classes any time soon.
Credit:@fkeyamo
Source: Twitter

However, the feeling of joy and excitement brought by the hope of resumption may be shortlived as ASUU on Sunday, January 10, made a U-turn, saying it is unsafe to reopen the universities, though some institutions have released the calendar for the academic session.

Bad news for students! Universities may not resume January 18 because of this problem

Legit.ng analyses major reasons that may impede the presumption of students and lecturers back to the classrooms.

The second wave of Coronavirus has really plunged the whole country into panic, with over 1,000 new cases and casualties recorded every day.

Although universities have been directed to resume on January 18 by NUC, there is a palpable fear that things may go the wrong when students begin the mingle together in the classrooms.

Nigeria presently has 100,087 confirmed COVID-19 cases after 1024 new infections were reported on Sunday by the Nigeria Centre for Disease Control (NCDC). The death figure is 1,358, with 80,030 recoveries.

Apart from this, management and ASUU leadership have maintained that there is no sign of commitment towards the reopening of the school from the side of the federal government.

On Saturday, January 9, the Obafemi Awolowo University (OAU) ASUU chairman, Dr Adeola Egbedokun, in an interview with The Punch, said the classroom and hostel situations in universities did not in any way conform with COVID-19 protocols.

BREAKING: Nigerian state imposes 8 pm to 6 am curfew amid second wave of COVID-19

Although ASUU has suspended its strike, there is a clue that the body may embark on the action again following the federal government’s refusal to pay the allowances and salaries of lecturers.

Coming two weeks after the lecturers suspended their 10-month-old strike, ASUU noted that the government was yet to pay their December salaries, while “illegal” deductions were still to be refunded.

Meanwhile, ASUU chairman Ogunyemi said the body might resume its suspended strike in February 2021 if the federal government failed to fulfil the promises it made to the lecturers.

Another hindrance to the resumption is the planned protest and strike threats issued by Non-Academic Staff Union of Educational and Associated Institutions (NASU) and the Senior Staff Association of Nigerian Universities (SSANU).

The bodies, in a Memorandum of Understanding (MoU) signed by their heads, agreed to embark on a three-day protest and strike.

They cited unaddressed issues like irregularities in the IPPIS payment, the non-payment of earned allowances, and arrears of minimum wage, and the delay in the renegotiation of FGN-NASU and SSANU 2009 agreements as reasons.