Retired basketball star, Dwyane Wade’s 39th birthday is one that he would always remember fondly seeing as his wife, Gabrielle Union, gave him a lovely gift.

The former Miami Heat shooting guard was gifted a nice vintage BMW by his wife just some days before his 39th birthday, January 17.

The 47-year-old actress got her man a 1988 Mercedes-Benz 560SL and he wasted no time in sharing a photo of the vintage ride on his Instagram page. 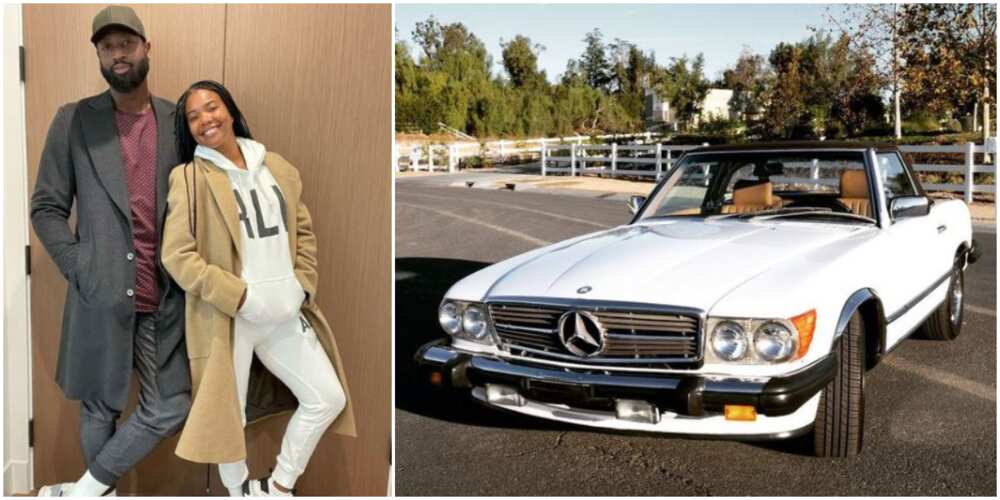 Wade shared a snap of the white convertible car and explained in his caption that his wife raised the bar.

In no time, fans and colleagues of the basketball star took to the comment section to congratulate Wade on his birthday gift.

His son, Zaire, also shared a video of when the gift was unveiled and Wade’s reaction to it. A small crowd gathered as he was presented the car.

The beautiful brown interior also left so many people appreciating the kind gesture.

In other foreign celebrity news, Legit.ng reported that American pop star, Beyonce, penned down sweet words to celebrate her mother, Tina Lawson, on her birthday.

If mommy-daughter goals were anything to go by, Beyoncé and her mother Tina are the perfect examples. Beyoncé usually doesn’t say much when she captions her pictures on Instagram but on her mom’s special day, the R&B singer penned a special message to mommy dearest.