– Win Consalvo grew up in a mud house, but she always knew that one day she would build an beautiful home for her parent

– Through hard work and dedication, the woman’s dream came true in 2012

For a lot of kids, their biggest dream is to earn enough money and finally build a home for their parents.

Most people who were fortunate enough to have supportive and loving parents hope to one day pay back all the love and kindness they received as children.

For some reason, a home is often the SI unit for “giving back.” Do not get me wrong, it is definitely one of the most thoughtful gestures and we are totally here for it.

Who would not want to see their parents living like kings and queens? The answer is no one. 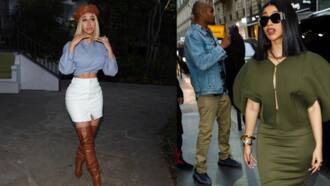 Cardi B warns ladies against moving in with men who live with their mums, shares experience Win finally has a place she can call her own. Photo: Win Consalvo
Source: Facebook

Now imagine a daughter so selfless, she chooses to upgrade her parents’ home first before focusing on her own needs.

Who’s cutting onions? Our eyes are filled with tears.

Win Consalvo, a Facebook user, grew up in a mud-walled house.

And that was okay with her because it was what her parents could afford.

The lady from Nakuru knew all her life that she wanted to give her parents a better life and luckily, her dreams came true.

The mum built a lovely bungalow for her first love back in 2012.

Then later, after eight years, she finally embarked on her dream of owning her own home.

Win started constructing a humongous mansion for herself and her family. When it rains, it surely pours.

In a similar news, Kenyans have heaped praises on a kind woman who built her mother a simple house. 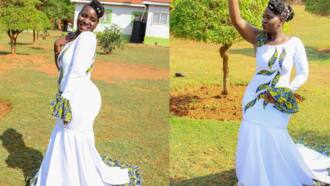 Bride shows off beautiful wedding dress her talented mum sewed for her; see what she did with ankara (photos)