– Arsenal, through manager Mikel Arteta, confirmed priority would be to release players surplus to requirements at the club

Arsenal outcast Mesut Ozil is on the verge of leaving Arsenal, with multiple reports in London indicating the German international could join the Major League Soccer in the US. 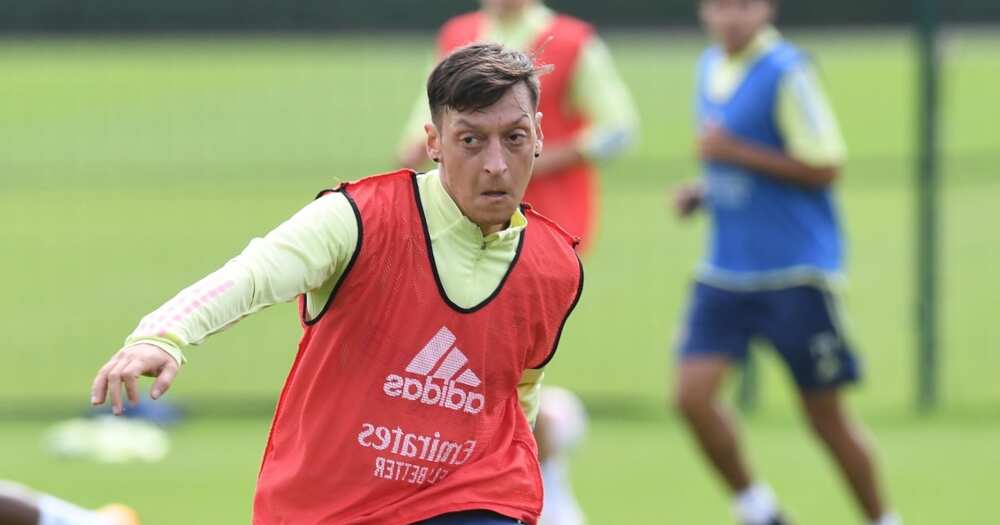 Mesut Ozil could be headed to the Major League Soccer, according to reports. Photo by Stuart MacFarlane
Source: Getty Images

According to Football London, the 32-year old is in advanced talks with MLS side DC United.

Having been left out of the Premier League and Europa League squads at the start of the season, it is highly unlikely Ozil will play for the Gunners again.

The reopening of the January transfer window provides the perfect opportunity for Ozil to walk away from Arsenal, nearly eight years after a famous £42.5 move from Real Madrid.

Reports further indicate that DC United plan to make Ozil the face of the club as they did with Wayne Rooney when he moved to the club back in 2018.

The MLS club is also reportedly willing to house Ozil’s ’39 Steps Coffee’ brand as well as offer him his own merchandise line.

Ozil’s move to DC United is likely to be motivated by the fact that his agent Dr Erkut Sogut has a close relationship with DC United executive Sam Porter.

As far as his Arsenal future is concerned, manager Mikel Arteta remained coy on Ozil’s chances of making it back to the squad, although he did not necessarily rule out his inclusion during this January period.

At the same time, Arteta made it clear Arsenal would prioritise releasing players in the January transfer window. And that’s the priority at the moment because we cannot sustain the numbers that we have in certain positions. We are looking to do that.” Arteta said in a recent press conference.