Big Brother Naija (BBNaija) reality star, Kiddwaya, recently left fans stunned when he shared a screenshot of some messages he received from a fan presumed to belong to Erica’s camp. 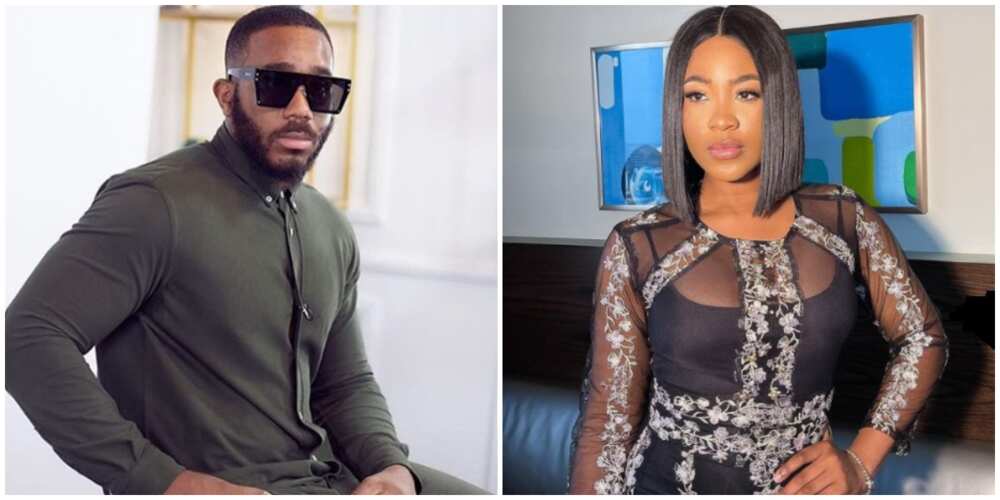 Kiddwaya shared a message he got from a supposed fan of Erica.
Photo credit: @kiddwaya, @ericanlewedim
Source: Instagram

He also threatened Kiddwaya not to post the interview or risk being dragged alongside with his grandmother who just passed away.

Kiddwaya shared the screenshot and wrote:

The post which has since gone viral drew mixed reactions from fans.

Queen seemed more concerned with the tone of Kiddwaya’s post.

Sharon opined that he shouldn’t have posted the message out in public.

Havila urged Kiddwaya to post the handle of the person who sent the message. However, Queen is of the opinion that the person might be coming from another BBNaija star’s camp.

Sarah is of the opinion that whoever sent the message wasn’t a true fan of Erica’s.

Only a few days ago, Kiddwaya took to his social media page to give his fans and followers a peek into the fun he’s having in Dubai. Kiddwaya travelled to Dubai after he complained about the stress he was going through. In the post he shared on his official Instagram page, the reality star was spotted lying on the sandy ground of the Dubai desert.

He wore three different types of biker shots and he wore them in a way that his privates can’t be seen. However, his pose attracted a comment from his friend Erica.

Still on Kiddwaya, he was recently trolled by members of the internet community and his mother, Susan, has now come out to address those speaking against her son and his brother.

Susan in a post shared on her Instagram page wondered why people are bothered about the fact that her sons still live in their father’s house and always make sure to spend quality time with him when they can.