The 22-year-old joined Los Blancos from the Portuguese side FC Porto in a deal valued around £43 million in 2019.

However, he has failed to meet expectations with Zinedine Zidane not impressed with the Brazilian star.

Militao made 15 Spanish League appearances for the Santiago Bernabeu side on their way to win the title last campaign but that cannot be said of the current campaign. 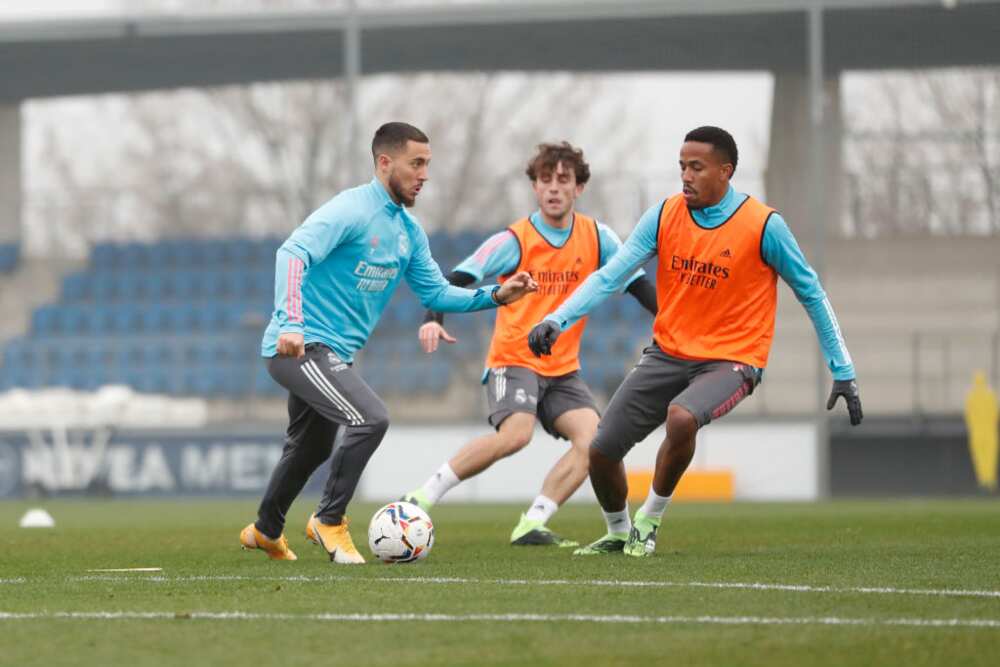 The centre-back can only boast of three appearances across all competitions so far this term and Mourinho is hoping to exploit the player’s non-playing status and lure him to the North London club.

According to Daily Mail quoting Spanish outlet AS Spurs made attempts to sign Militao in the summer but now that he has fallen down the pecking order at the Bernabeu since he tested positive for coronavirus in early-November, he is reportedly back on the north Londoners’ radar.

The publication further added that Real Madrid could entertain offers for their star only if they get deals in the range of £43m – the same amount they originally spent on him.

Real have lofty ambitions to make a splash in the transfer market come the summer with interest in Erling Haaland and Kylian Mbappe and so they are looking to generate revenue amid the strain of a global pandemic.

Mourinho’s side have been solid at the back so far this season – only Manchester City have a better defensive record – with Eric Dier and Toby Alderweireld forming a strong partnership.

But Alderweireld is reportedly a transfer target for PSV in Holland, and while Spurs have Davinson Sanchez and Joe Rodon as back-up, Mourinho is thought to be keen on Militao’s versatility due to his capabilities as a right back and defensive midfielder.

Tottenham are currently fourth in the Premier League table, four points off leaders Liverpool with a game in hand.

The Chelsea legend says he wants qualities from Cristiano Ronaldo, Lionel Messi, and Zinedine Zidane to better his performance.

Los Blancos number 7 wants the Argentine’s left foot while he desires Ronaldo’s drive to win and the class of Real boss.