– Basketmouth has opened his hand of fellowship to DJ Cuppy

– The promise is coming after rapper Zlatan blocked Cuppy on Instagram and Whatsapp after they did a song, Gelato, together

Nigerian comedian Basketemouth has given billionaire’s daughter and celebrity DJ, Cuppy, the assurance that he will never block her on social media.

Sharing a photo of himself in a tete-a-tete position with the DJ-turned-musician, the comedian made a promise to keep open his social media link with Cuppy.

Basketmouth promised to leave open channels for easier communication through his WhatsApp, Instagram, and Twitter handles and that he will never block nor cut communication with her through these channels. DJ Cuppy reveals Zlatan Ibile blocked her on social media, wonders what she did

In a previous report, Legit.ng had reported that DJ Cuppy recently spoke on how she was blocked on social media by rapper, Zlatan Ibile.

In a post shared on Twitter, the 28-year-old lady said that it had been 10 months since the rapper blocked her on Instagram and WhatsApp and that she sometimes wondered what she had done to him to deserve such treatment. 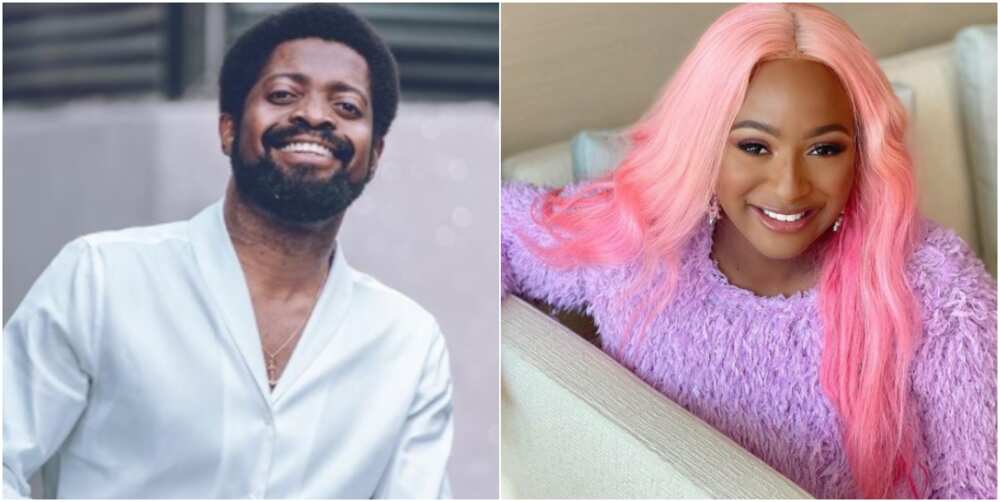 Cuppy who seemed greatly confused explained in her tweet that he never said why he blocked her because they were actually friends. She added that the song they worked on together, Gelato, was also a hit.

In another DJ Cuppy related story, the younger sister to the singer, Temi Otedola, who is in a relationship with music star, Mr Eazi, the lovers who have created quite a buzz with their relationship and has been described as one of the country’s favourite celebrity couples. 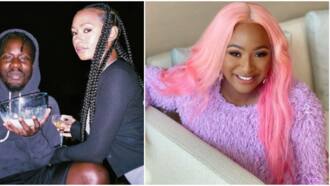 Temi recently shared more about the relationship with her man in her podcast called ‘How Far With Mr Eazi and Temi’. She opened up on what her big sister, DJ Cuppy, felt about it.