– Also, the governor offered him automatic employment into the state civil service 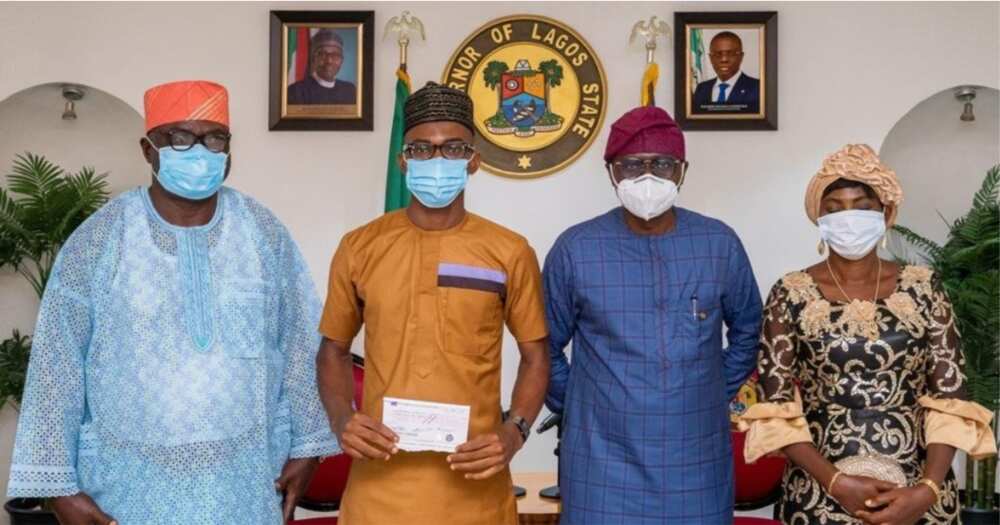 Meanwhile, Legit.ng had reported that in what will come as a big blow to those who are top contenders for the seat of Lagos state University vice-chancellor, Sanwo-Olu, made a critical decision concerning the selection process.

The decision was made following petitions against the selection process by the governing council.

Punch newspaper reports that Sanwo-Olu directed that a fresh process that would terminate in 45 days should commence immediately.

Legit.ng had also reported that Sanwo-Olu expressed concern over the high cases of coronavirus recorded in the state.

Legit.ng reports that he urged residents in the state to observe measures put in place to curb the spread of the virus, noting that the state government was doing everything possible to avoid another lockdown.

Sanwo-Olu said this in a tweet after the Nigeria Centre for Disease Control (NCDC) announced 1,354 new cases of COVID-19 in the country on Tuesday, January 5.