A report by Punch newspaper indicates that a yet-to-be-identified man was on Thursday, January 7 abducted on the Ise Akoko-Isua Akoko road in the Akoko South-East local government area of Ondo state, while his driver was shot dead.

According to the report, the lifeless body of the driver was found inside the car, while his boss was dragged away into the bush by suspected armed bandits.

The police have since visited the scene of the incident, where the vehicle of the victim was recovered and the body of the dead driver taken to a mortuary. Residents have asked Governor Akeredolu to intervene in the worsening insecurity in the state.
Photo credit: @RotimiAkeredolu
Source: Twitter

The Ikare Akoko police area commander, Razak Rauf, was quoted to have said the police were combing the forest to rescue the victim and arrest the criminals.

Similarly, on Tuesday, January 5, armed bandits abducted a couple and two others in Uso community, in Owo local government area of the state.

Channels TV reports that the couple was kidnapped while travelling with their three children when the hoodlums barricaded the road and abducted them, leaving the kids behind.

The abductors were said to have locked the doors of the car and took the couple away into a nearby forest.

Also, a resident of the town, one Olatunbosun Johnson, and a labourer, a Hausa man whose identity is yet unknown were abducted on a farm within the community.

It was also gathered that the victims were abducted while they were in search of sand to fill a building. 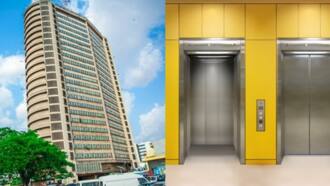 The Ondo state police command spokesman, ASP Tee-Leo Ikoro confirmed the two cases, adding that police operatives have since been on the search for the victims in the forests nearby, with the aim of rescuing them unhurt.

Ondo state has in the last few weeks been a hotbed for kidnappers and armed bandits.

Many say the state have been invaded by aliens who take advantage of the porous security in the state to randomly abduct residents.

A resident in the state, Gbefun Opeyemi, wrote on Twitter:

“Where are the Amotekun operatives? Governor Rotimi Akeredolu, please can we have the Amotekun hotline numbers for different local government areas to help pass information across to help apprehend perpetrators.”

“Call them by their names. They are Fulani terrorists.”

“Fulani bandits is the right name.” 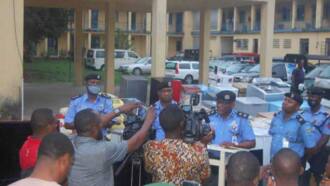 Umahi made the comments on Tuesday, January 5 after a virtual meeting with his colleagues in the southeast region of the country.