The Nigeria Customs Service (NCS) has disclosed that a patrol team has been formed to combat smuggling, activities, and other transnational organised crimes following the reopening of the border.

The spokesperson for the customs, Joseph Attah, disclosed that the Operation Swift Response (OSR ) which was launched in 2019 has now transformed into Nigeria’s Joint Border Patrol Team (JBPT). 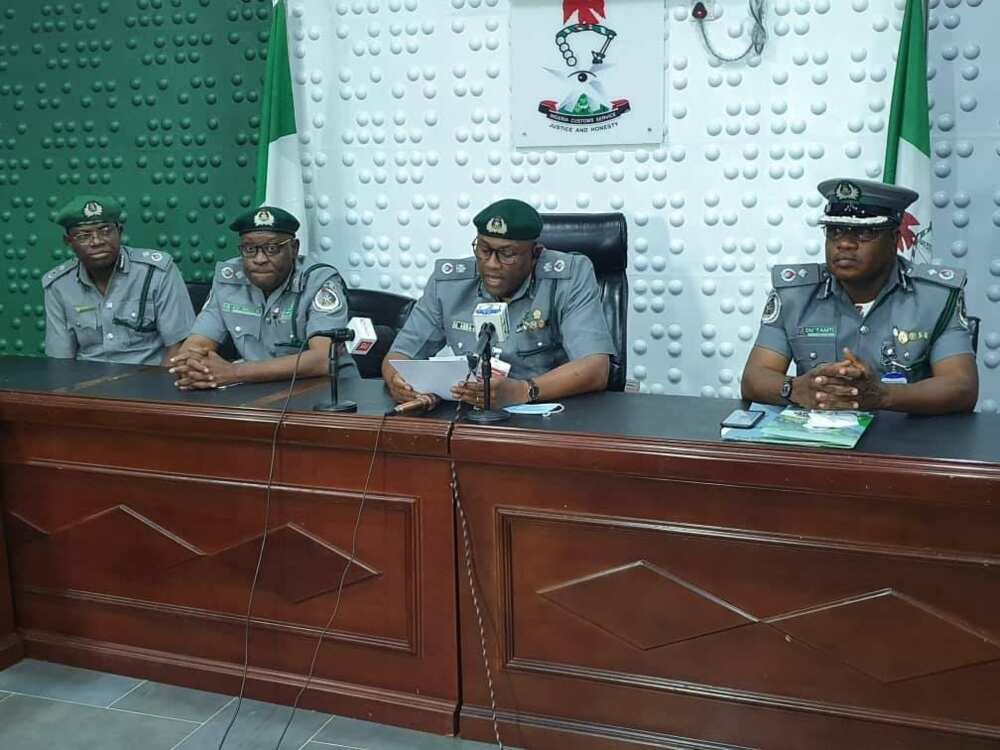 He disclosed in a tweet that the JBPT was formed as part of a Tripartite Operation, comprising Benin, Niger, and Nigeria.

According to Attah, the National Security Adviser (NSA), Babagana Monguno has advised the security officials taking part in the joint patrol to display professionalism. Meanwhile, the Illela border in Sokoto state was on Tuesday, January 5, reopened by the Nigerian Customs Service (NCS).

The reopening ceremony was performed by the customs area controller in charge of the Sokoto/Zamfara command, Abdulhamid Ma’aji, Premium Times reported.

He said the federal government’s ban on rice importation into Nigeria was still in force.

In another report, President Muhammadu Buhari has given himself a pat on the back for shutting Nigeria’s land borders for about one year in a bid to discourage the importation of food.

Speaking in a meeting with members of the Presidential Economic Advisory Council, the president admitted that the country would have been in serious trouble if his administration did not take the initiative of closing the borders, Channels TV reports.

He pointed out that it was this move that fast-tracked massive development in the agricultural sector, adding that at the moment, about seven states in Nigeria produce the volume of rice consumed locally.

Meanwhile, the United Nations (UN) has pointed at the COVID-19 pandemic as the escalator of security challenges in many parts of Africa, including Nigeria.

The international body noted that going by the extent of violent crimes in the continent during the lockdown, it is easy to conclude that the pandemic had no negative effect on insurgents who have even increased their killing spree recently, Punch reports.