Liverpool have been handed a huge boost ahead of their Premier League fixture against Manchester United at Anfield.

The Reds have endured injury setbacks in key departments this season but the trio of Naby Keita, Joel Matip and Diogo Jota could return for the Reds in their next Premier League meeting.

Although both Virgil van Dijk and Joe Gomez are out for the most part of the campaign, Jurgen Klopp however has backups for them.

In their absence, the duo of Jordan Henderson and Fabinho have been made make-shift defenders as they are unlikely to make any new signings during the January transfer window. 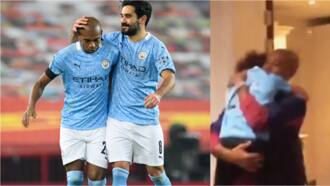 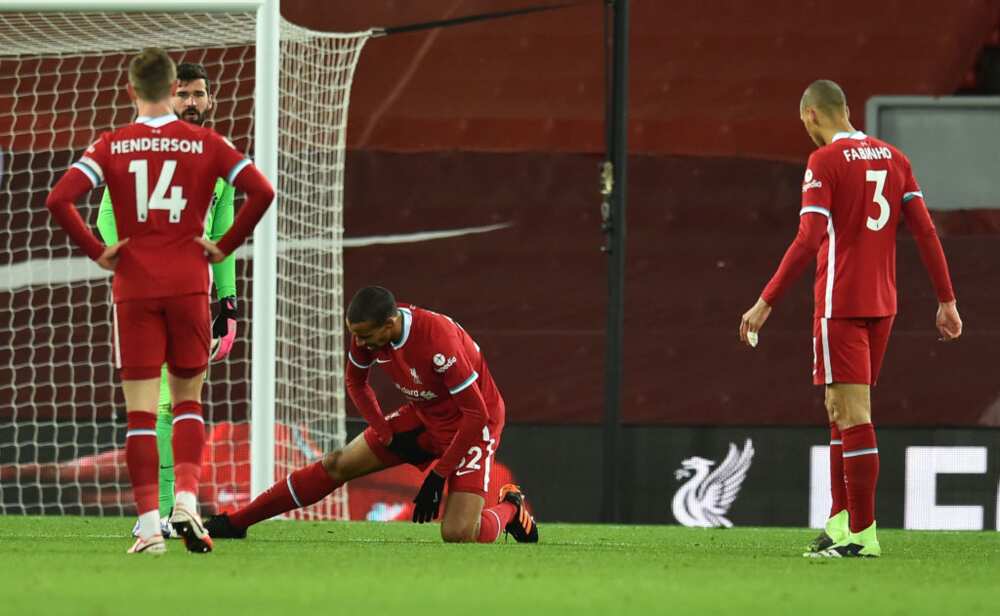 Joel Matip after picking up a knock during Liverpool’s game against West Brom.
Photo by Stu Forster
Source: Getty Images

However, while addressing the media ahead of their FA Cup third-round clash against Aston Villa at Villa Park this weekend, Klopp gave a positive update on Matip’s injury.

Daily Star reports that the cup game seems doubtful owing to the fresh outbreak of COVID-19 at the Midlands club.

Klopp explained of a potential return before the United clash for Matip: “Yes – we will try working on that obviously.

“Until the United game we still have around nine days, so we try. “He is in a good way but if it will be United or a few days later, I don’t know.

Their issues don’t end in defence, however, with their front three currently struggling from a lack of rotation considering Jota’s knee injury, he said of Jota’s recovery.

“It will still take time. And he is a few weeks away from team training. There is nothing really to say, it takes time. There was no surgery needed, which was good, but it was a proper injury.

“It is not a little knock or something; no, no, and it will still take time. There is no real timeframe there.”

Keita is officially unavailable for selection due to a fitness issue, but Klopp confirmed he is nearing a return.

However, even if the Villa game goes ahead, the central midfielder will be out of contention. Klopp added:

“He will be back soon – but not for the Villa game.

Legit.ng earlier reported that Liverpool are interested in the signing of Real Madrid captain Sergio Ramos who has entered the last six months of his contract in Spain.

There is no doubt with the fact that Sergio Ramos is one of the best defenders in the world considering his achievements at Real Madrid in many years.

Jurgen Klopp and his wards are currently without experienced defender Virgil Van Dijk who has been out of action for the Reds because of injury.