– The Aare Onakakanfo of Yorubaland, Gani Adams, said his critics are intellectually lazy

– He said his critics did not do their homework before forming their opinion about him, adding that he has been involved in Christianity before the ordination

The Aare Onakakanfo of Yorubaland, Gani Adams, has responded to those criticising him over his recent ordination as an apostle of the Cherubim & Seraphim Saviour’s Ministries Worldwide.

Speaking with Legit TV, Aare Adams said his critics should allow God to determine who will be the right candidate for heaven.

According to the Aare Onakakanfo, his critiques may not even make heaven on judgement day.

He explained that he intends to build a church for the Christians, a mosque for the Muslims and a place of worship for the traditional worshippers.

Aare Adams said his critics do not know who he really is, adding that he has been involved in Christian activities before he was made an apostle. 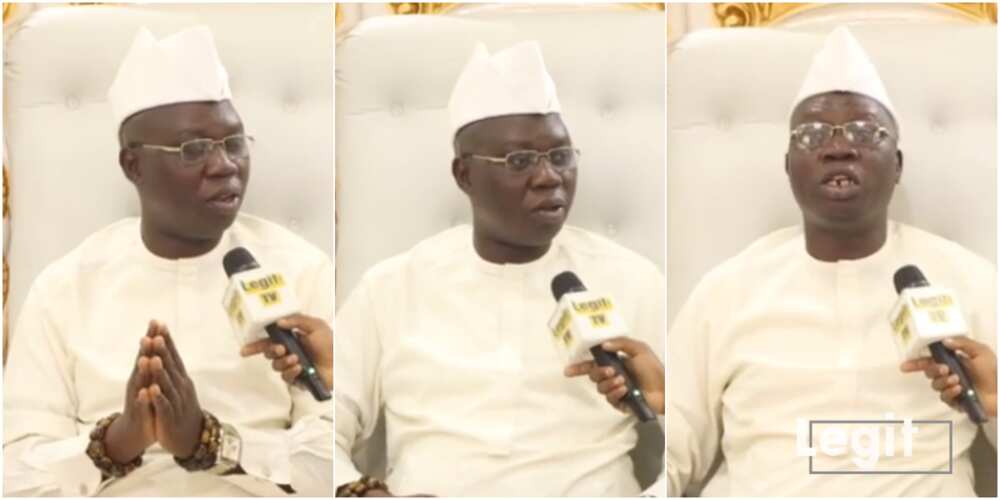 Aare Gani Adams said those criticising him may not even make heaven.
Source: Original

The Aare Onakakanfo said those criticising him are intellectually lazy because they did not do their homework before their criticism.

According to him, he has also been given two titles by the Muslim community.

“Religion is a way of communicating to Almighty God, and it is diverse, not only one way. So when you see somebody who has his own belief in one religion, you don’t need to criticise him.

“Wait for when the time will come, let us the people that will go to the right heaven. If you you critics, you may not get to the heaven.”

In a previous report by Legit.ng, Aare Adams described the petrol price and electricity tariff hike as very unfortunate.

The renowned leader said that this is not the kind of change Nigerians voted for in the 2015 general elections.

Aare pointed out that the government should instead look for ways to help cushion the harsh economic effects of the coronavirus pandemic on the masses.