– US House, Nancy Pelosi, has called for President Trump’s removal

– Pelosi made the statement on Thursday, January 7

Nancy Pelosi, the US House speaker, has called on vice-president Mike Pence to invoke the 25th amendment to remove President Donald Trump from office.

NBC Washington reports that if that is not done, she said on Thursday, January 7, that the House may move forward with impeachment proceedings.

Legit.ng gathered that Pelosi called Trump “a very dangerous person who should not continue in office. This is urgent, an emergency of the highest magnitude.” 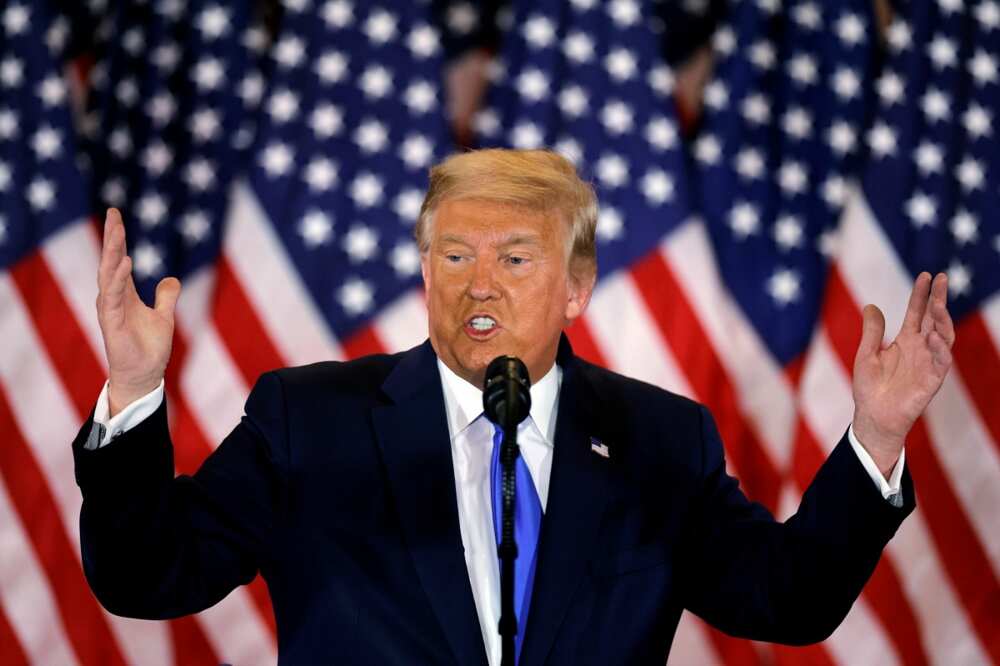 The US Nancy Pelosi says Trump is not fit to continue as the US president.
Source: Twitter

The Senate Democratic leader, Chuck Schumer, had called on President Donald Trump’s cabinet to remove him from office.

This is the latest in a growing chorus demanding his removal following Wednesday, January 7, violent assault on the Capitol by the president’s supporters. 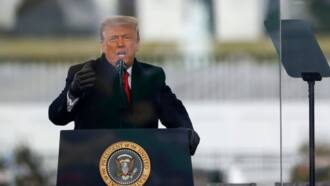 Schumer said the attack on the Capitol, “was an insurrection against the United States, incited by the president. This president should not hold office one day longer.”

Schumer said vice-president Mike Pence and the cabinet should invoke the 25th amendment and immediately remove Trump from office.

“The quickest and most effective way — it can be done today — to remove this president from office would be for the vice president to immediately invoke the 25th amendment,” Schumer said. “If the vice president and the Cabinet refuse to stand up, Congress should reconvene to impeach the president.”

Schumer is among a growing number of political, business and other leaders who have openly called for Trump to be removed from office.

Meanwhile, Legit.ng had previously reported that an arrest warrant was being issued for the outgoing president of the United States of America, Donald Trump.

It was reported that the warrant was issued by a court in Baghdad, Iraq on Thursday, January 7, as part of its investigation into the killing of top Iraqi paramilitary commander, Abu Mahdi al-Muhandis in 2020.

Al-Muhandis was killed in a targeted US drone strike alongside Iranian Revolutionary Guard general, Qassem Soleimani, outside the Iraqi capital’s airport in January last year.

Nigerians who shone brightly at the US elections | – on Legit TV