With the February 9 deadline given on the full linkage of National Identification Number (NIN) with Subscriber Identification Module (SIM) drawing closer, there are indications that the process may not be fully materialised for some reasons, Legit.ng’s findings revealed.

It would be recalled that the federal government through the Nigeria Communication Commission (NCC) mandated the telecommunications operators across the country to block all the SIM cards not linked with NIN.

Ikechukwu Adinde, NCC director of public affairs, made this disclosure on Tuesday, December 15, in a statement in Abuja.

Adinde said the new rule applies to new SIM cards, stressing that those not linked with NIN would be disconnected. 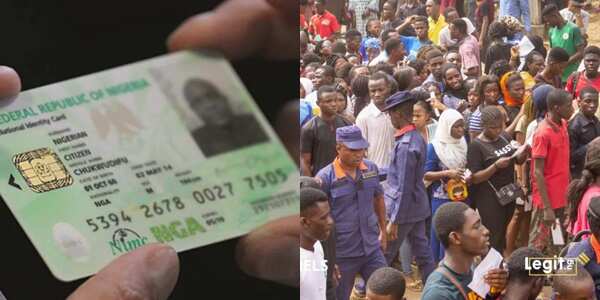 Challenges so far for NIMC

According to findings, the NIN process is being hindered nationwide, and this is as a result of a shortage of facilities that can cater for the large number of Nigerians who are ready to enrol.

Another reason is inadequate handling of the process by the licensed centres approved by the federal government across the country.

Some of the new equipment brought from abroad are not being fully utilised by the staff of NIMC due to lack of proper training on effective handling.

Without any iota of doubt, the process has also led to the extortion of NIN applicants as staff of NIMC demand bribe to fast-track the process for “cooperating” Nigerians.

It would be recalled that on Sunday, January 3, minister of communications and digital economy, Ali Isa Ibrahim Pantami directed the immediate suspension of the staff fingered in extortion of NIN applicants at the NIMC Bauchi and Kaduna state offices. 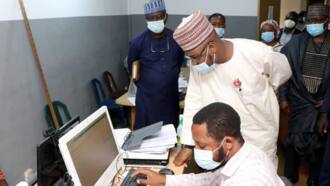 Will your SIM be blocked if not linked with NIN? – Here is the latest update from NCC

The report of extortion, as this publication finds, is not peculiar to Bauchi and Kaduna alone.

With a population of over 200 million — and a large number being stark illiterate — the NIMC will have to extend its deadline to allow massive enrollment and full linkage of NIN with SIM.

Findings showed that many Nigerians do not care about the directives. Complicating the issue is the attitude of Nigerians in rural communities and villages who might have not heard about the new directive.

Meanwhile, there are reports of flouting the COVID-19 protocols by Nigerians who want to get enrolled by all means in what may spread the virus as seen in Alausa NIMC centre in Lagos.

NIN: This is what applicants must pay for correction of dates of birth, NIMC reveals

Lift of suspension on SIM replacement a major bane

With the suspension order on SIM replacement and activation lifted, both the service providers and NIMC will have to face a reality of more work.

Recall that on Thursday, December 31, in a statement by the director of public affairs of the NCC, the government announced the suspension of the ban on SIM activation and replacement.

Adinde disclosed that the action became necessary in line with the federal government’s desire to consolidate the achievement of the SIM card registration.

With telecoms operators accepting new subscribers, NIMC will have more works to be done. And apparently, this has made the February 8 deadline not feasible.

Officials of NIMC have decided to embark on a nationwide strike beginning from Thursday, January 7.

The NIMC staff who staged a protest on Thursday complained that they have been denied allowances and a suitable working condition in the midst of the COVID-19 pandemic. 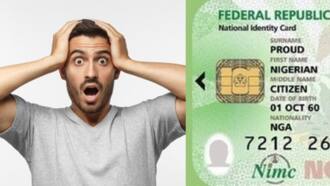 Explainer: Why you must pay N15,000 to correct date of birth on NIN (see other services & their fees)