The invasion of the US Capitol by President Donald Trump’s supporters on Wednesday, January 6, has led to the death of no fewer than four people, according to the police.

A report by Reuters, indicates that following the chaos one person died from gunshot wounds while three others as a result of medical emergencies.

The international media outfit stated 52 people were also arrested in the attack that has been strongly condemned by other leaders within and outside the US. 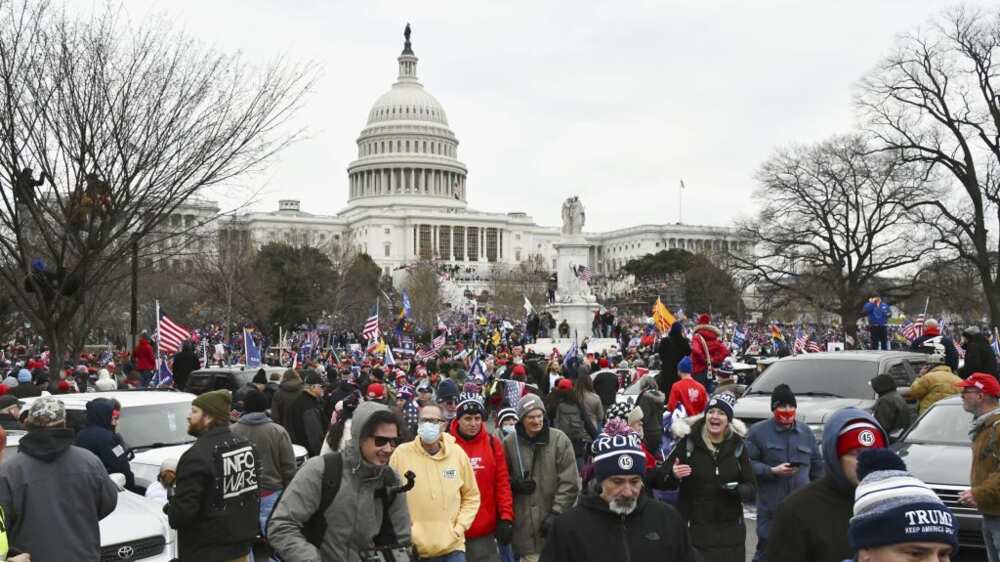 Four people are dead, while 52 arrests were made after supporters of President Donald Trump breached the US Capitol.
Photo credit: Kyodo News
Source: Getty Images

It was gathered that the invasion was coming amid escalating tension around the November 2020 presidential election, with the American leader making allegations of electoral fraud and urging his supporters to help him.

Legit.ng recalls that the US Capitol was locked down with lawmakers inside as pro-Trump protesters breached the seat of the congress while they were on recess.

Vice President Mike Pence along with US legislators were inside the complex counting and certifying the electoral college votes won by the candidate of the Democratic Party, Joe Biden, before the session was finally disrupted.

However, the United States on Thursday, January 7, finally confirmed the electoral college victory of President-elect Biden after several hours of debate halted by some pro-Trump supporters.

The protesters who are against the outcome of the last presidential election made their presence felt around the area.

Meanwhile, the vice president on Thursday, January 7, strongly condemned the invasion of the US Capitol by supporters of President Trump.