– The clarification, according to the agency, became necessary due to fraudulent activities involving the DSS name

The Department of State Services (DSS) says it is not currently carrying out any recruitment exercise contrary to some information in the public domain.

DSS spokesman, Peter Afunanya, made the clarification in a statement sent to journalists and seen by Legit.ng on Wednesday, January 6.

According to him, various messages by fraudsters claiming that they are recruiting on behalf of the agency are false.

He went on to warn members of the public to be wary of such messages, insisting that it is a scam and not sanctioned by the DSS. 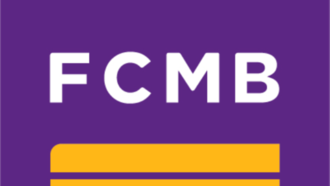 “The public should note that recruitment into the service is never done on a monetary basis, instead, it is guided by merit and transparency.”

He said beneficiaries undergo a series of screening and vetting processes and procedures through which only the best, produced are recruited by the DSS.

“Members of the public should be mindful of attempts by fraudulent persons and /groups to fleece them of their hard-earned money. They should rather report to the service any suspicion in this regard.

“Those engaged in misleading acts of raising false recruitment alerts or defrauding others are warned to desist from such or be ready to face the music.”

Meanwhile, the DSS recently informed Nigerians that government and security agencies alone cannot tackle insecurity in the country without the support of the citizens, especially on intelligence gathering.

The Director-General of the agency, Yusuf Bichi, made the comment recently while being represented by Afunanya, at an event in Abuja.

The DSS boss urged Nigerians to support the security agencies to rid the country of all forms of criminality, rather than point accusing fingers at them.

He went on to say security is no longer for government and security agencies, adding that there is a need for collaborative efforts and partnership with citizens to tame the plans of criminal gangs across the country.

Meanwhile, President Muhammadu Buhari has said that Nigerian elites are responsible for what Nigeria is and what it can become.

The president made the comment recently, adding that the fast-growing young and dynamic population of the country, feels alienated and disempowered, hence they become a threat to national stability.