– Biden, reacting to the development, asked President Trump to go on air immediately to put to a stop to the siege by his supporters

The United States’ president-elect, Joe Biden, has reacted to the invasion of US Capitol by the supporters of President Donald Trump.

Legit.ng had reported that the US president’s supporters broke into the US Capitol to stop the certification of the electoral college votes on Wednesday, January 6.

Vice President Mike Pence was presiding over the certification with lawmakers present when the pro-Trump supporters stormed the complex. 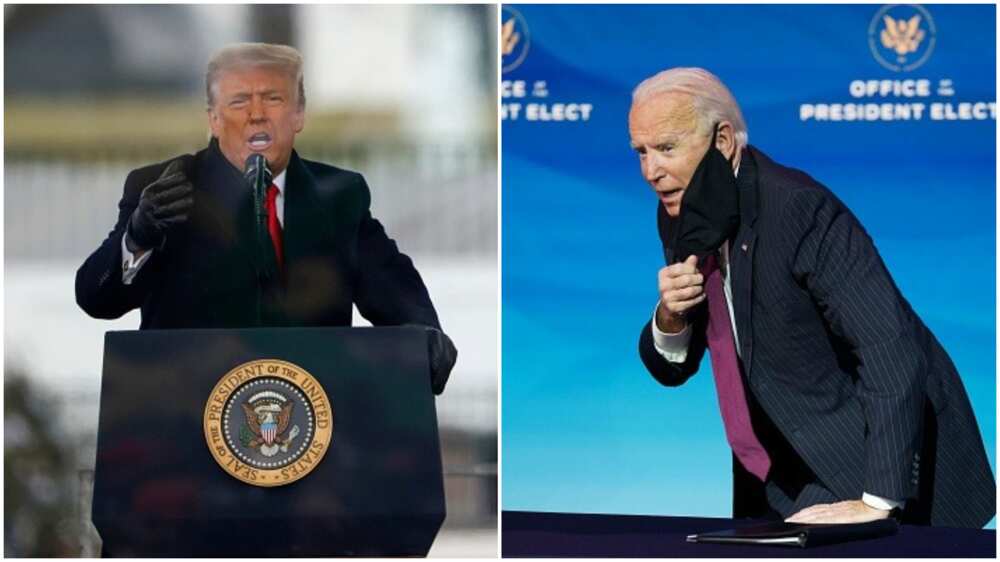 The vice president and the lawmakers were consequently evacuated while Capitol was locked down, essentially stopping the certification process, according to Al Jazeera. Reacting to the incident, Biden asked President Trump to go on national television to demand an end to the siege.

“I call on President Trump to go on national television now to fulfill his oath and defend the Constitution by demanding an end to this siege.”

Biden said that what is happening as the Capitol is dissent but disorder, adding that it must end immediately.

Just like his supporters, President Trump also does not want the election to be certified by Pence and the lawmakers.

He had asked the vice president not to certify the votes but to send them back to their respective states.

The embattled US president claimed that many states want to decertify the votes just as he said the vice president has the power to send the votes back to the states instead of certifying them.

Nevertheless, President Trump has called on Americans protesting in his support at the US Capitol to be peaceful.

The American leader in a series of tweets via his official Twitter handle on Wednesday, January 6, urged the people not to be violent.

Trump in reaction to the protesters breaching of the US Capitol appealed to the people to respect the law and officers in blue uniforms.