Emmanuel Koomson, a brilliant Ghanaian senior high school student, has spent two years at home simply because his family has not had enough money to send him back to school.

In a short documentary by JoyNews to capture the story of the young man, it is indicated that the 21-year-old has had to look on with sadness as all his smart colleagues move on with their education.

He, on the other hand, had to become a teacher in a private school that also got closed down as a result of the novel coronavirus pandemic.

A step towards retirement? Singer Davido joins father’s company as a director

Emmanuel, who dreams of becoming an engineer, mentioned that right from childhood, he saw himself as a scientist and used to put on his own version of lab coats to imitate performing scientific experiments.

It breaks his heart that after doing his best to get great grades, he has had to put his ambition on hold simply because he cannot get GHc 3,200 (N207,794.88) to start his university education.

At the time of JoyNews’ report, it was indicated that the deadline to getting admitted for university once again, was simply three days away and Koomson was still financially incapable to go. 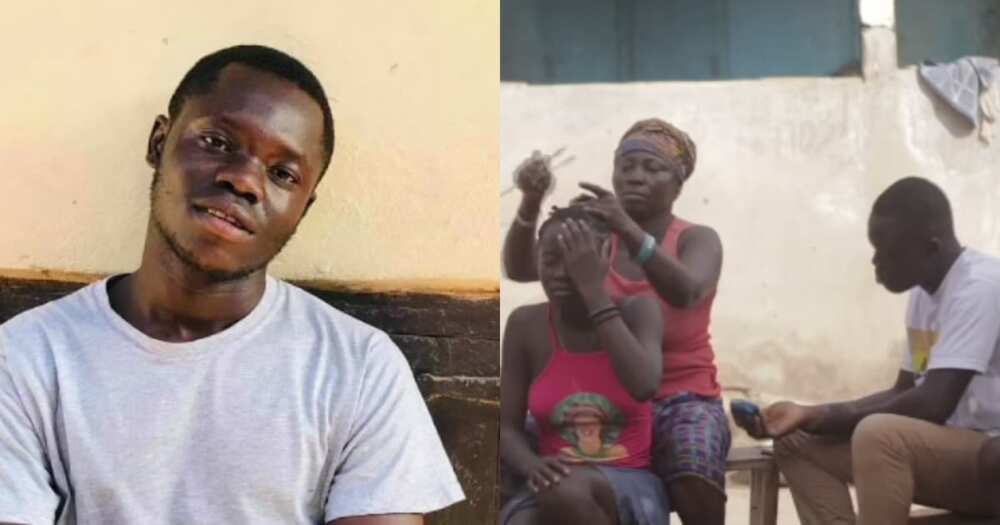 In other news, a Nigerian man identified as Olumuyiwa Igbalajobi has taken to social media to inspire his followers as he recounted how he wrote O-level exams ten times before finally making his papers.

The man with the Twitter handle @olumuyiwaayo said he had F9 parallel in the West African Senior School Certificate Examination in 2002.