Fikayo Tomori will be looking to revive his career in the January transfer window as the defender could join Leeds United, The Sun.

The arrival of Thiago Silva in the summer as a free agent has even further dented the chances of Tomiri getting playing time for the Blues. 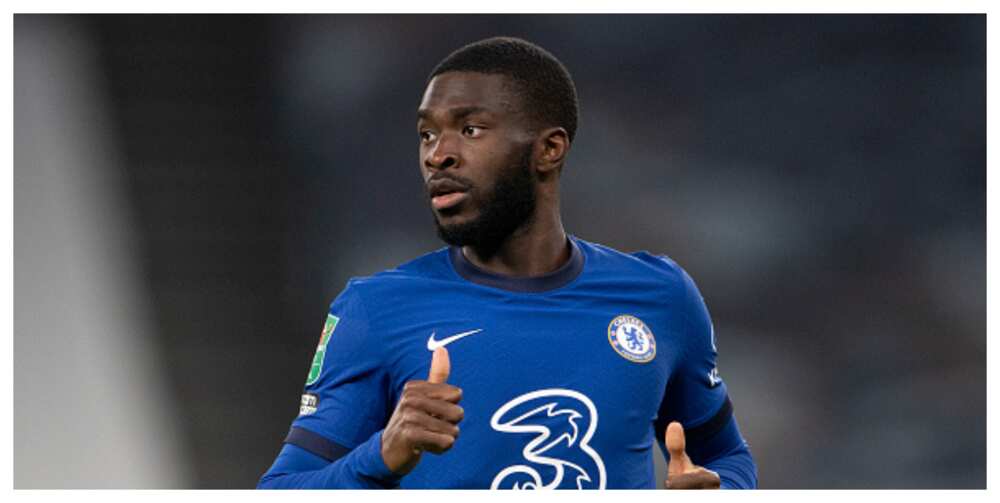 According to BBC, Leeds United manager Marcelo Bielsa is looking to sign the defender to help his team improve in their defending.

Leeds defender Robin Koch is currently nursing a long-term knee injury and the Argentine gaffer is desperately looking for a replacement.

It is understood that Lampard is open to let Tomori leave Stamford Bridge last summer but the English-born Nigerian center-back stayed to fight for his place.

Tomori could have a better chance of getting more game time under his belts in Leeds who have been shaky in their defence this season despite their attractive attacking style of play.

The Elland Road outfit have the second worst defence in the Premier League after West Brom having conceded 33 goals so far.

The newly-promoted side suffered heavy defeats to Crystal Palace, Leicester and Manchester United.

Meanwhile, Legit.ng had earlier reported that Timo Werner has been ranked the fourth player in the Premier League who has missed big chances this season.

According to Premier League data crunched by GiveMeSport quoted by Sport Bible, the German striker has missed eight big chances this campaign for Chelsea.

Werner joined the Blues for £47.5 million in the summer from RB Leipzig with a record 34 goals but has struggled to find the back of the net in 12 consecutive matches under Frank Lampard.