Professor Khalifa Dikwa, the Dean of Borno Elders Forum, has expressed worry over the rising security in the northeastern state of Borno.

Channels TV reports that the respected academic said outside Maiduguri, the state capital, people living in Borno state are not safe.

The socio-political analyst noted that even where Boko Haram insurgents are not physically present, they are psychologically there, disturbing the people. 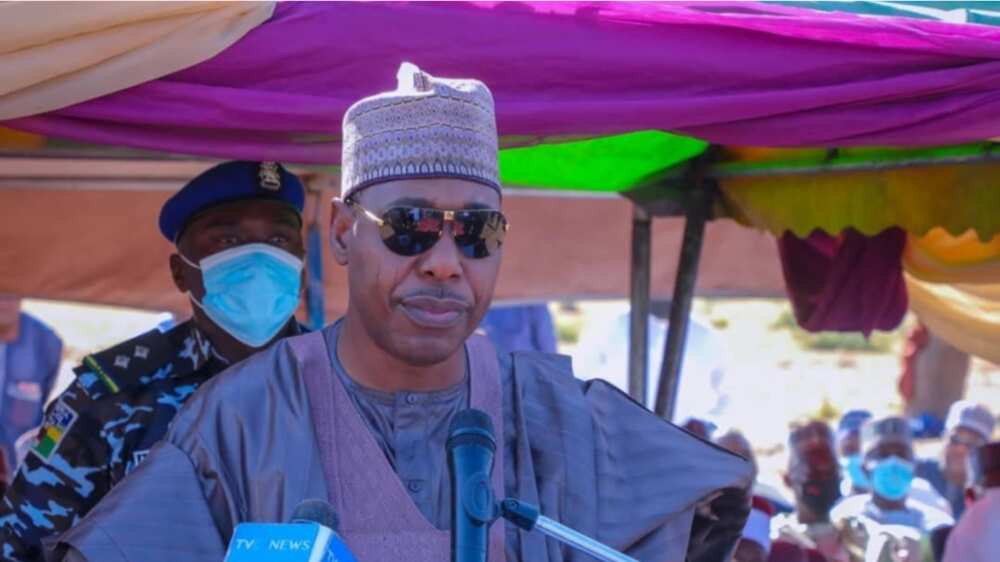 Outside Maiduguri, nobody is safe from Boko Haram in Borno, says Prof Dikwa.
Photo credit: The Governor of Borno State
Source: Facebook

He said the insurgents from time to time move around to harass residents to pay levies. 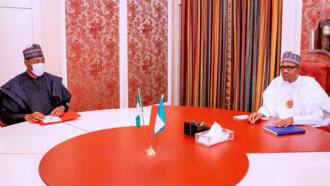 Why some of Buhari’s promises in 2020 were not fulfilled – Adesina reveals, insists security better now than in 2015

“Outside Maiduguri, not even five kilometres, nobody is safe. And they can strike at any time.”

He also alleged that the Nigerian military did not heed to the advice of the private military contractor asking it to man the country’s land borders after the insurgents were “decimated” in 2014.

The university don added that the military was also told to allow the police take over the terrain that was recaptured while soldiers move to the borders.

He, however, said the Nigerian military refused to listen to the private military contractor.

The social critic called for more collaboration among security agencies in the fight against insurgency noted that the military alone cannot fight the terrorism in Borno state.

“As a president, he should be able to stamp his feet to say ‘do the work, I am giving you one, two months maximum. If you don’t finish up this thing, submit your resignation letter.”

This is what we will do to Boko Haram, others in 2021 – Nigerian Army boasts

Meanwhile, the Nigerian presidency has insisted that the nation’s current security situation is better than what the Muhammadu Buhari administration met in 2015.

Femi Adesina, the special adviser to President Buhari on media and publicity, made this submission when he appeared as a guest on the Channels TV.

Adesina’s statement comes in spite of the increasing rate of attacks and killings in parts of the country, especially in the north by insurgents, bandits and kidnappers.