– Many Nigerians are not really worried about the dreaded coronavirus pandemic

– According to a survey, people are concerned about poverty, insecurity among others

A new survey has revealed that Nigerians are worried about five things more than the dreaded coronavirus pandemic which has killed over 1, 300 people in the last nine months.

This was revealed in a poll conducted by Infotrak Research and Consulting.

According to the poll, only seven percent of respondents expressed worry over COVD-19 than other issues in 2021. 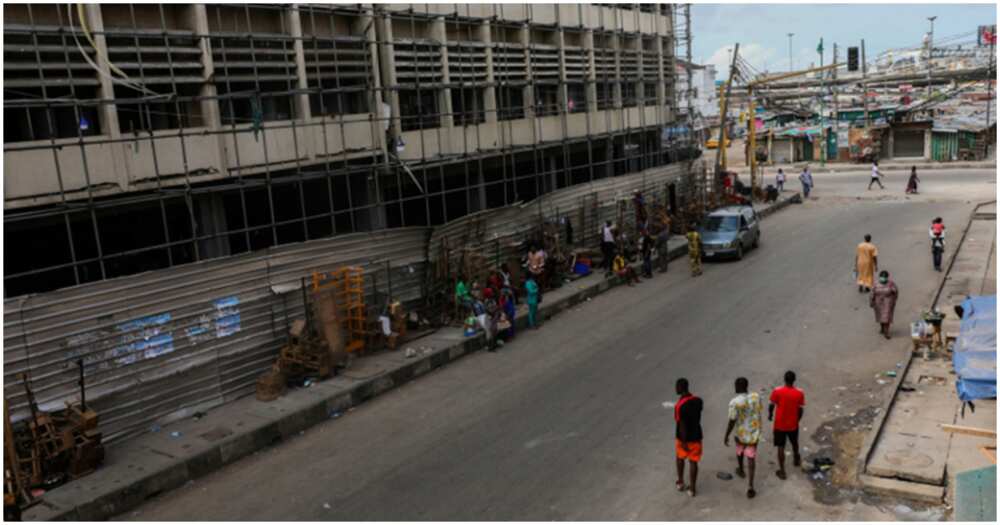 Nigerians are more worried over insecurity, unemployment, poverty, corruption and high cost of living than they are of the COVID-19 pandemic. Photo: @trafficbutter
Source: Twitter

According to the survey, here are the things that Nigerians are worried about.

25 per cent of people who responded that are living in North-East say that their number one worry is insecurity, while only nine percent in South-West say insecurity is their primary worry

Punch Newspaper reports that the survey showed that 16 percent of those surveyed placed insecurity and crime as their major worry, while 14 percent indicated that it was unemployment.

Meanwhile, Legit.ng had reported that Jonathan Vatsa, a chieftain of the All Progressive Congress (APC) in Niger state, has asked the federal government and Arewa youths to leave Bishop Mathew Kukah alone over his Christmas message.

The fiery cleric’s Christmas message has continued to generate mixed reactions from Nigerians both at home and abroad.

Legit.ng gathered that Vasta, however, asked the President Muhammadu Buhari-led government to address the issues raised by Bishop Kukah in his message.

Meanwhile, Legit.ng had previously reported that an elder statesman, Alhaji Tanko Yakassai lent his voice to the growing agitation for an Igbo presidency in 2023.

It was reported that the northern politician said the southeast will have to work hard for the presidency as it will not be got on a platter of gold.

According to him, though the zone has sufficient grounds to seek the number one office, hard work, and not a mere wish, is what will make Igbo presidency a reality.