– Lai Mohammed, the minister of information and culture, stated that contrary to the position of naysayers, the country is not failing

– The minister described those making such claims as “jaundiced analysts”

Following claims that Nigeria is a failed state, the federal government has faulted the declarations, saying under the regime of President Muhammadu Buhari the country had improved.

Legit.ng gathered that Alhaji Lai Mohammed, the minister of information and culture, made this known at a new year media briefing with journalists in Lagos state.

According to the minister, those describing Nigeria as a failed state are “jaundiced analysts” after they predicted the country’s implosion. 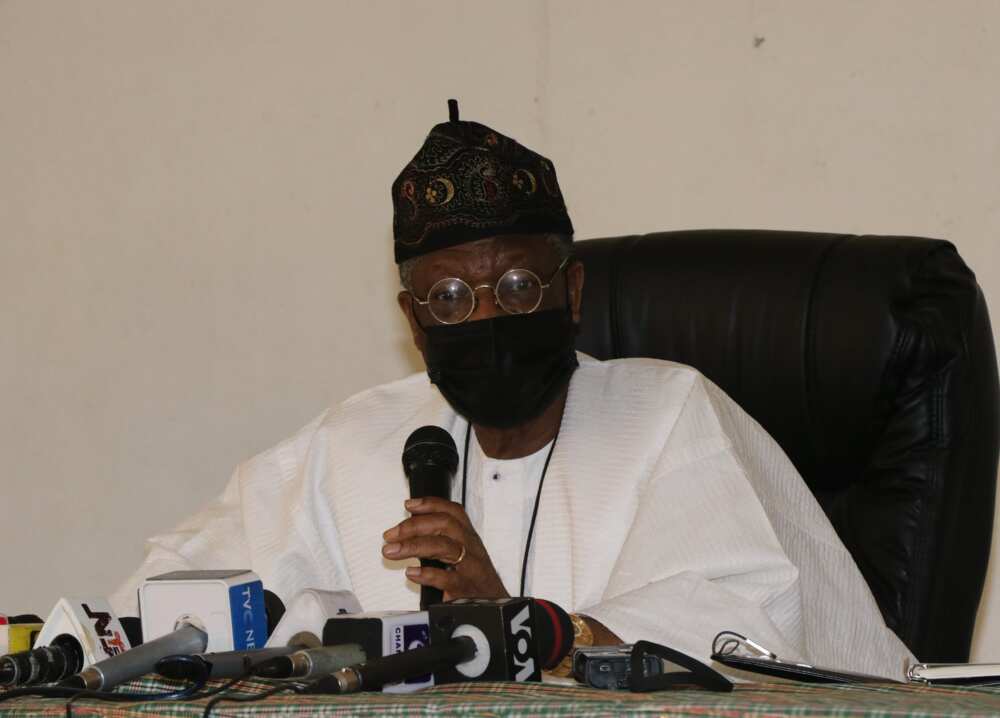 Mohammed in the statement shared on the ministry’s Facebook page on Monday, January 4, decried that analysts had constituted themselves into another ‘fighting force’ against the government.

He explained that after Nigeria did not break down following their prediction, they moved on to claim that the country is a failing or failed state.

The information minister went on to note that it’s all a tactic to portray Nigeria as being in a constant state of anarchy.

“If Nigeria was not a failed state when bombs were raining on towns and cities in Kano, Kaduna, Plateau, Borno, Yobe, FCT and other states, is it now that such bombings have stopped that Nigeria will be described as a ‘failing’ state?”

This is coming as the federal government on Monday, January 4, promised the people that in 2021, the country will witness improved security.

The assurance was given by the minister of information and culture at a media briefing with journalists.

The minister said President Buhari has continued to provide the armed forces and other security agencies with what is required to function better.

The president made the promise in his 2021 new year message to Nigerians on Friday, January 1. He, however, noted that his government needs to be more proactive and preemptive in ensuring that such incidents do not become a norm.