– The All Progressives Congress (APC) on Monday, January 4, closed its defence in its suit against Obaseki

– Obaseki is, however, set to open his defence in the suit

The governor of Edo state, Godwin Obaseki, will today, Tuesday, January 5, open his defence before an Abuja federal court.

The Sun reports that the All Progressives Congress (APC) in a suit, accused the governor of forging his University of Ibadan degree certificate.

Legit.ng gathered that the suit was filed by the APC and one of its chieftains, Williams Edobor.

The court had at its last sitting on Thursday, December 31, 2020, adjourned to Monday, January 4, for the cross-examination of the fourth plaintiffs’ witness, one Raphael Onwuzuligbo, a retired police officer and a forensic document examiner. 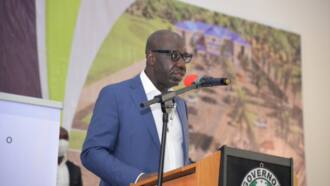 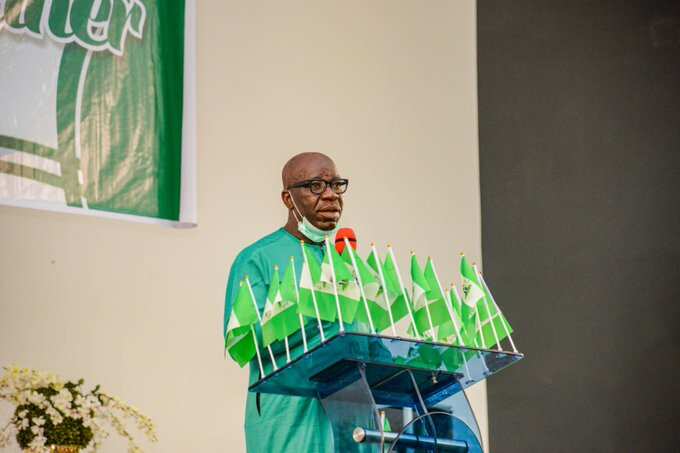 Governor Godwin Obaseki of Edo state called for calm among the members of PDP in the state.
Credit: @GovernorObaseki
Source: Twitter

Onwuzuligbo told the court how he was engaged by one Faithful Steward to examine documents relating to the certificate of Governor Obaseki being contested.

He, however, said he did not know if the INEC issues certificates belonging to the University of Ibadan.

Meanwhile, Legit.ng had previously reported that the APC on Wednesday, December 30, made progress in its bid to get Governor Obaseki disqualified in the September 19 governorship election in Edo state over alleged certificate forgery.

It was reported that the party tendered two more documents in support of its allegation against Governor Obaseki at the Federal High Court in Abuja.

In another report, the suit by the Peoples Democratic Party (PDP) which challenged the participation of Osagie Ize-Iyamu of the APC was voided by the Federal High Court in Abuja. 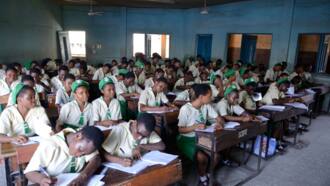 Delivering the judgment on Tuesday, December 29, Justice Ahmed Mohammed ruled that the application of the PDP is not only academic but unnecessary in light of the outcome of the election.

Justice Mohammed pointed out that the suit holds nothing because the APC’s flagbearer in the Edo gubernatorial election has not challenged the result of the poll.