DaBaby took to social media recently to claim that he and Lil Wayne are the best rappers alive. The Oprah’s Bank Account hitmaker made the claim on Sunday, January 3.

The US rapper took to Instagram and shared a pic of himself standing shoulder to shoulder with Lil Wayne. The six-times Grammy nominated artist captioned the post: “Best rappers alive.”

The star also shared snaps of the two of them at Tunechi’s studio in Miami. The pics gave an impression that the two musicians were working on new music together. Dwayne Johnson buys N11.9 million truck for friend who helped when he was homeless

DaBaby’s followers took to his comment section to share their thoughts on his bold statement. The fans shared mixed reactions to the post. Check out some of their comments below:

“No it’s Eminem then DaBaby. Eminem will always be first.”

“NOW THIS IS HISTORY.”

“Drake, Kendrick and Cole might have something to say about that but Wayne the GOAT and DaBaby’s still peaking.” In other entertainment news, Legit.ng reported that 50 Cent has dropped a new song. The music video of the song dropped on Monday, January 4. The US rapper shared on social media that the song is part of his new TV show called Power Book III: Raising Kanan. 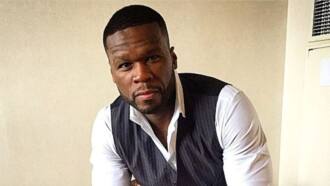 The musician-turned-businessman features NLE Choppa and Rileyy Lanez on the single. His fans took to the micro-blogging app to share their thoughts on the dope track.

I am the best rapper in Africa – Blaqbonez | Legit TV