– Mbagwu Johnpaul Chiagoziem graduated with a 4.51 CGPA to emerge the first-ever first class student department of industrial physics in IMSU will produce

A young man has made history and done himself proud after breaking a 39-year-old record that had existed in an IMSU department.

Mbagwu Johnpaul Chiagoziem graduated with a 4.51 in a 5.0 grading system to emerge the first student ever to bag a first class honor in the department of industrial physics in IMSU.

Johnpaul who hails from Isiala Mbano in Imo State said it was not an easy task studying physics. 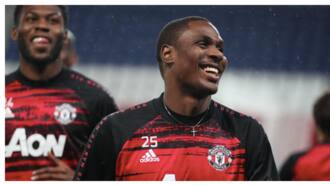 In a statement made to the University’s 17th Republic Students’ Union Director of Information and Media Comr. Duru Victor as seen by Legit.ng on Facebook, he said he was motivated to study to graduate with a first class because his coursemates and senior colleagues always told him that it had never been done before. 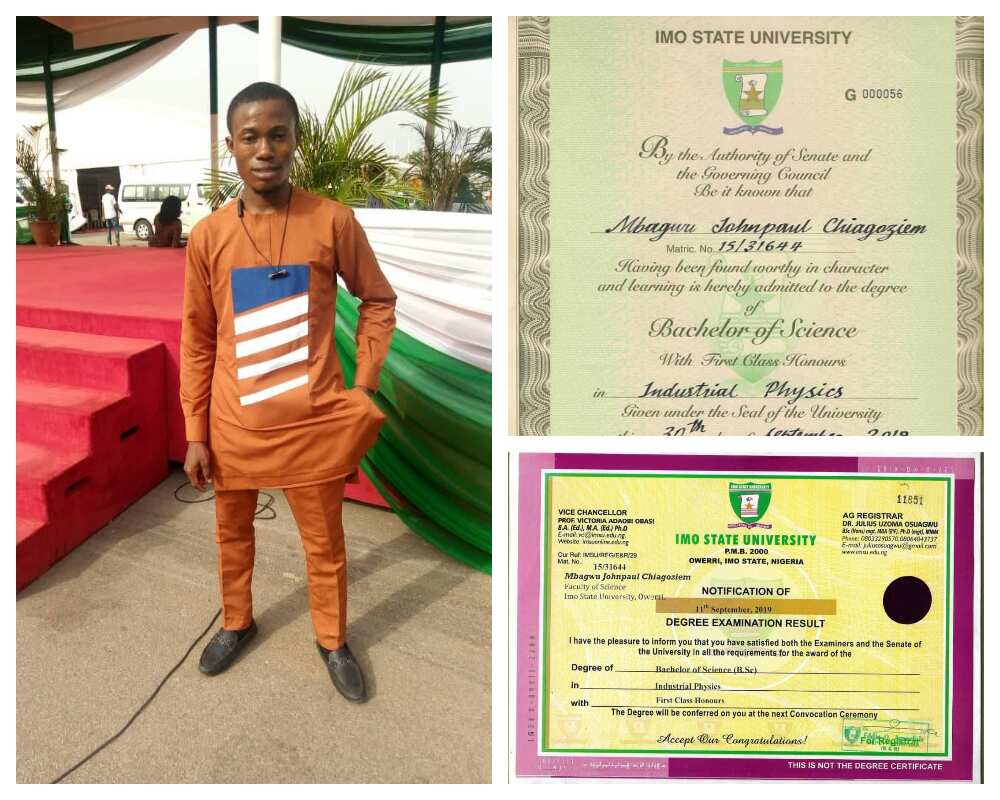 And he turned that into a challenge and motivation and today it is a dream turned reality.

“… My coursemates and senior colleagues do say [then] no one can graduate with first class. I told them I’m a different person, that I will graduate with that [first class] by God’s grace.”

He was also full of praises for one of his lecturers identifiesd as Prof. T. C. Chineke who, according to him, was pivotal to his academic success.

He recounted how the academic will always challenge him to finish with nothing short of first class, a challenge he’d later embrace. 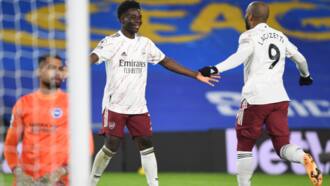 His usual responses to his favourite lecturer’s challenge of graduating with a first class was “Prof, by God’s grace I will break the record in this department.”

Though he finished in 2019, he however got receipt of the certificate and confirmed the achievement on Monday, November 9, 2020.

Mbagwu also has an impressive 10 research papers to his credit.

Meanwhile, Legit.ng had earlier reported how a Nigerian student in the Philippines, Fetimi Balogun Bebetebe, broke a university’s 55-year-old record.

Though he broke the record in 2017, according to a testimony shared on TB Joshua Ministries Facebook page, the award ceremony would be coming up on Tuesday, October 29, 2019.

HEART OF GOLD: Williams gets sponsor for varsity education on Legit TV