Chelsea are desperate to bring in a formidable goalkeeper and latest reports have it that the Stamford Bridge club is already in talks with AC Milan No.1 shot-stopper keeper Gianluigi Donnarumma.

Frank Lampard’s side recently signed Edouard Mendy to the team, but in their quest to win the Premier League, they have now turned to Donnarumma.

Chelsea blogger Simon Phillips claim that the Stamford Bridge side has contacted the Milan goalkeeper whose contract will lapse at the end of the season.

It was gathered that several top clubs are on the trail of the 21-year-old, but Chelsea are looking to persuade the Italian to come to the Premier League.

Juventus and Inter Milan are said to be chasing the impressive keeper, but his future will be determined by his negotiation with his present club.

AC Milan technical director and club legend Paolo Maldini said back in September that there is no rush to renew the shot-stopper’s contract.

“He has played 220 games with Milan at his age, that’s absolutely uncommon. The more he goes on, the more he becomes a leader.

“He is a leader in training and with his behaviour. His growth has been truly exponential.

“We are in this situation now, we know, so ten or 15 more days won’t change anything.” 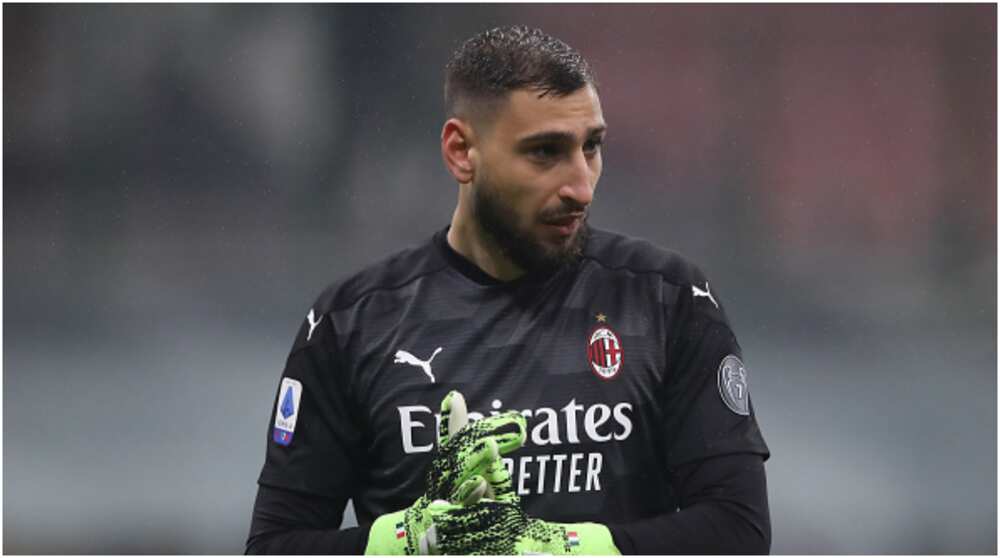 On the other hand, Chelsea’s Emerson Palmieri has reportedly emerged as January 2021 transfer target for Serie A giants Napoli.

The 26-year-old defender has been finding it difficult this season to get regular playing time under Chelsea boss Frank Lampard at Stamford Bridge.

Emerson joined the Blues in 2018 after being signed by former Chelsea coach Sarri and has made 30 appearances for the club so far.

Meanwhile, Legit.ng earlier reported that Manchester United are desperate in bolstering their squad and after failing to sign Jack Grealish for £65million in the summer, the Red Devils will now be forced to fork out £100million.

Grealish captained Villa to a 2-1 loss away at the Old Trafford, but he could have been playing against his side should United have taken advantage of signing him during the summer.

Man United went level on points with Liverpool at the top of the Premier League table following their 2-1 over Aston Villa at Old Trafford.