– The Ijaw Youths Council confirmed this through its president Igbifa on Friday, January 1

Following the setting up of regional security outfits in different parts of the country, the Ijaw Youths Council (IYC) has revealed that the Niger Delta will soon create its own body.

Igbifa explained that the worrying security cases that the south-south zone has been experiencing have necessitated the need to create an outfit which is similar to the southwest’s Amotekun.

“We are not alien to the reports of infiltrations of the Fulani herdsmen and other groups in our bushes and environment.”

“The recurrent discovery of guns and live ammunition on the highways is a clear indication that we must be prepared at all times. 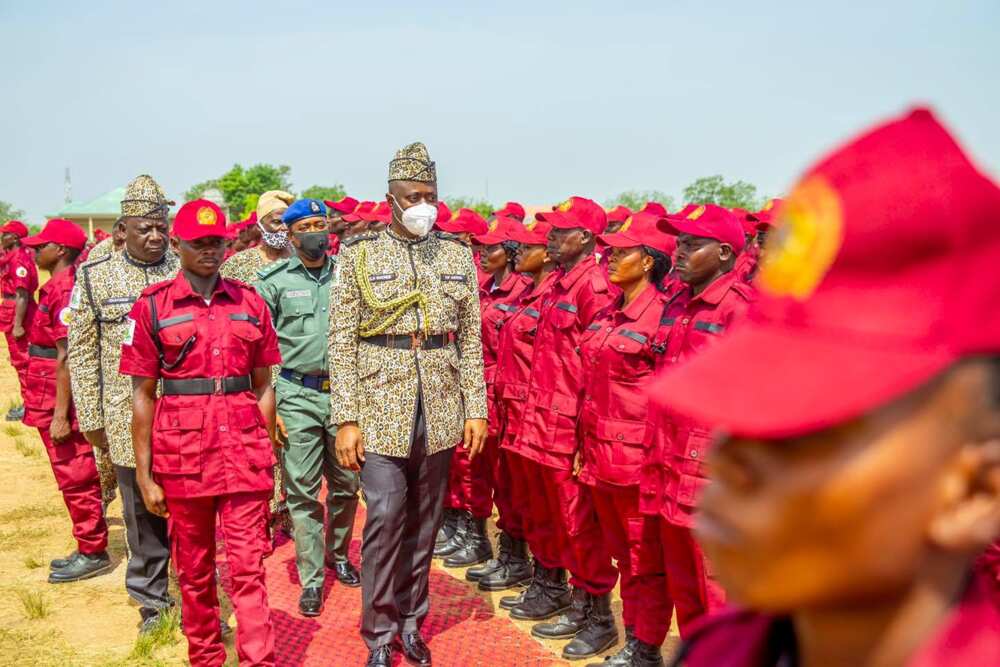 Governor Seyi Makinde of Oyo observes a guard of honour during the official launch of the Amotekun security outfit in his state in late 2020. Photo credit: @seyimakinde
Source: Facebook

To this end, the IYC supremo urged the body’s members to prepare for the formation of the south-south region’s security outfit.

“I and my team are seriously considering the establishment of our own regional security outfit in line with the proposal made by the governors of our region.”

“We shall push for this outfit and impress it upon the governors to invoke required legislative process to give it a legal backing.”

Meanwhile, Legit.ng reported recently that the Amotekun was accused of the extra-judicial killing of a university undergraduate.

But the southwest security network dismissed reports alleging that its men killed a student of the University of Ibadan in Oyo state.

The commandant of the corps, Colonel Olayinka Olayanju (rtd), explained that Amotekun operatives on Sunday, December 20, shot dead a robbery leader nicknamed Akin Sarz during a gun battle, not a student.

Operation Amotekun: Should it be replicated in other regions? Nigerians react | Legit TV