– In the spirit of the New Year, the governor of Kaduna state has pardoned 12 prisoners

– According to Muyiwa Adekeye, the special adviser on media and communication, Governor El-Rufai granted their release

To commemorate the beginning of the New Year, Kaduna state governor, Nasir El-Rufai has ordered the release of 12 convicts from correctional centres in the state, The Cable reports.

A statement from Muyiwa Adekeye, the special adviser on media and communication, indicates that the beneficiaries were granted leniency based on the recommendation of the advisory council on the prerogative of mercy.

The breakdown of prisoners released includes 10 inmates who had six months or less to the end of their 3-year sentence, while two others were pardoned due to age. 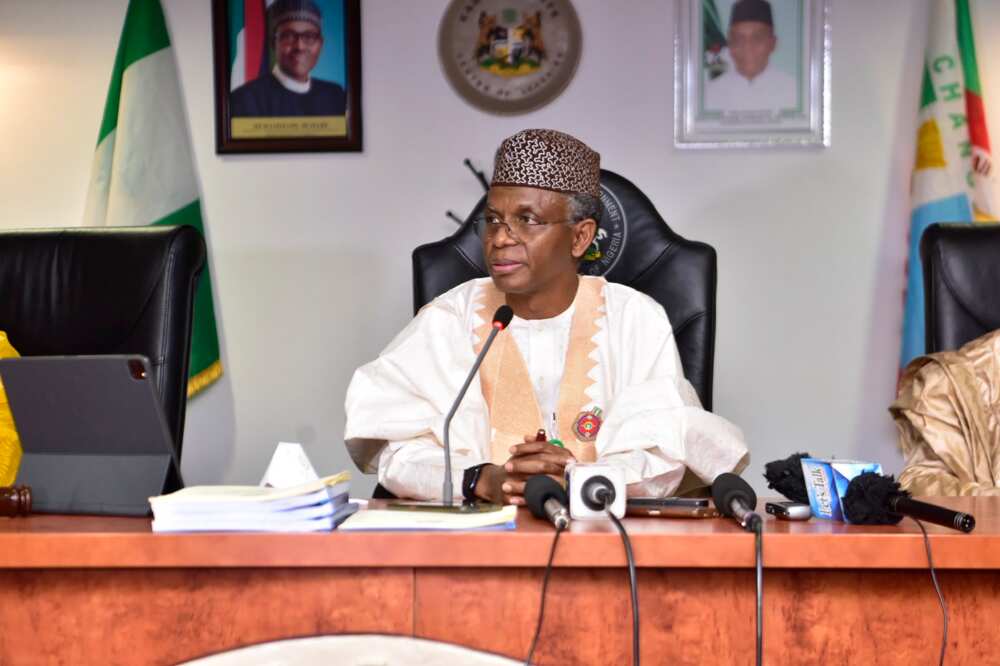 12 prisoners across correctional centres in Kaduna have been released by the state government.
Photo credit: @GovKaduna
Source: Twitter

Adekeye explained that the decision was based on the constitutional powers conferred on the governor.

Meanwhile, Legit.ng reported that the Nigerian government directed the Nigerian Correctional Service (NCS) to release all awaiting trial inmates in its custody as part of measures to reduce the spread of coronavirus.

Similarly, the federal government freed 6,590 inmates in various prisons as part of its efforts to decongest the Nigerian Correctional Centres.

This was disclosed by the Attorney General of the Federation (AGF) and minister of justice, Abubakar Malami (SAN), in a tweet shared on his official Twitter account on Wednesday, June 17.

According to Malami, the inmates having satisfied the laid down conditions were released from 32 prisons.

The minister while presenting the scorecard of the Ministry of Justice from 2015-2020 noted that he took up the major role towards effectively decongesting the prisons in 14 states.