One of President Muhammadu Buhari’s three-point agenda is fighting corruption; the other two are fighting insecurity and resuscitating the economy.

In the outgoing year 2020, the Buhari-led administration’s anti-corruption fight saw some prominent politicians jailed in the year 2020.

This piece highlights the three popular politicians who spent some time in prison as a result of their (indirect) involvement in some corruption cases.

On Monday, November 23, the Federal High Court in Abuja ordered the remand of Senator Ali Ndume in Kuje prison. This was as a result of the senator’s inability to produce Abdulrasheed Maina, a former chairman of the defunct Pension Reformed Task Team, whom he stood surety for.

However, the senator only spent a few days in prison as he was granted bail by the court on Friday, November 27.

Justice Okon Abang said he chose to grant the senator bail based on his record of good behaviour before the court, despite that the other grounds of his bail application failed.

Months after jumping bail, Maina, the former pension boss, was eventually re-arrested and extradited from the Niger Republic. 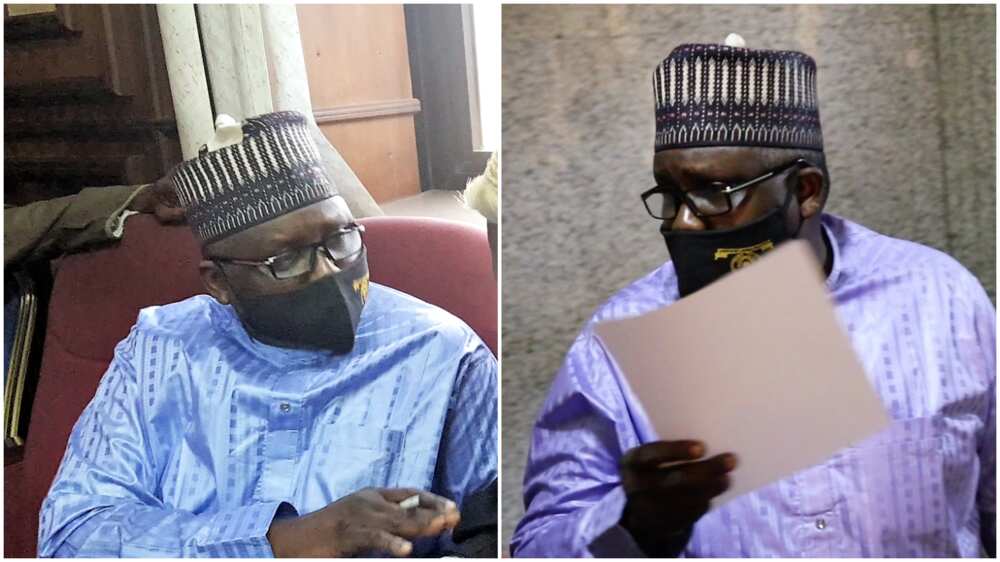 The extradition of Maina was done by the International Criminal Police Organization (Interpol) and confirmed by the Nigerian Police Force.

The court subsequently remanded him at Kuje Correctional Centre pending the conclusion of his trial.

Also in November, a magistrate court in Abuja sentenced a member of the House of Representatives, Victor Mela, to one-month imprisonment. The court found the lawmaker guilty of lying under oath while filling the CD001 INEC form prior to the 2019 elections.

The lawmaker who represents Billiri/Balanga federal constituency was, however, given an option of fine.

Meanwhile, Legit.ng earlier reported that the Justice Ayo Salami-led panel which probed the alleged corruption charges against the suspended acting chairman of the Economic and Financial Crimes Commission (EFCC), Ibrahim Magu, had submitted its report to President Buhari.

The panel led by Justice Salami handed the boxes of documents believed to be volumes of the report to President Buhari at the Executive Council Chambers of the State House.

Recall that the panel was inaugurated by the president to probe the allegations against the embattled EFCC boss.