– According to the southeast leaders, anyone who is supporting Tinubu, Jonathan and Atiku for president wants Nigeria to break up

– The Igbo political stakeholders called on the major political parties in the country to zone their presidential tickets to the southeast, reiterating that an Igbo man must succeed Buhari

Leaders from the southeast on Wednesday, December 30, restated the call for the zone to produce President Muhammadu Buhari’s successor in 2023.

The Guardian reports that the Igbo leaders reiterated their position on the 2023 presidency at a conference organised by Global Movement for Igbo President 2023 and United for Better Nigeria Initiative.

Legit.ng gathers that the conference focused on the emergence of a president of Igbo extraction in the next general elections. 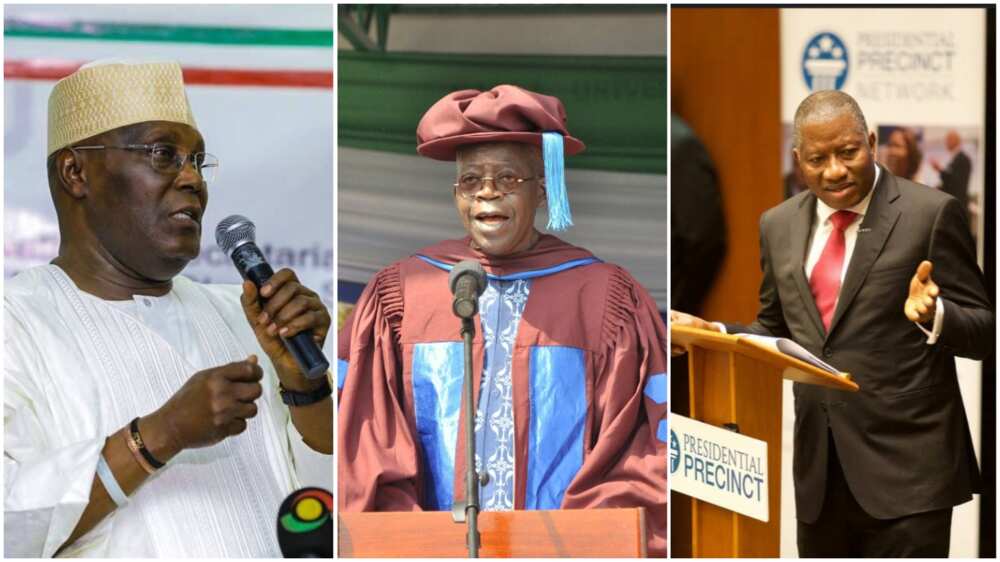 Speaking at the conference, a former minister, Chief Mbazulike Amechi, expressed the hope that the emergence of an Igbo man from the southeast zone as president would resolve leadership crises in the country.

Another former minister, Josephine Anenih, said the Igbo believe in one Nigeria in spite of deprivations and provocations, saying it justifies the need for an Igbo president to address the myriad of challenges confronting the country.

Anenih who is a chieftain of the Peoples Democratic Party (PDP) said the conference was part of efforts to consult widely towards ensuring that every Nigerian supports the quest by the region to produce the next president.

In his remarks, the national chairman of the African Democratic Congress (ADC), Chief Ralph Okey Nwosu, stated that it is not out of place to demand that a president emerges from the southeast as the region is one of the six geopolitical zones in Nigeria. Also speaking, the national president of Ohanaeze Ndigbo Youth Wing, Arthur Obiora, said the Nigerian president to emerge in 2023 must be an Igbo man.

Obiora who was represented by the leader of Igbo Young Politicians Forum, Tony-Ezekwelu, said:

“If they want us to remain as multi-ethnic nations that Nigeria is, we will remain and build Nigeria as a country where there is peace, justice, equity and fairness.

“We are not begging anybody, Igbo man must be president come 2023. Those who are supporting Bola Tinubu and former President Goodluck Jonathan and Atiku Abubakar want to break Nigeria up.”

He urged political parties to zone their 2023 presidential tickets to the southeast in the next general elections.

In another report, Yoruba socio-political group, Afenifere, has said it is never afraid of endorsing a presidential candidate so far the candidate’s interests align with its position.

Nigeria is not a failed state, APC cries out

The group’s spokesman, Yinka Odumakin, made this known on Wednesday, December 30, when asked if Afenifere will support former president Goodluck Jonathan in 2023 if he chooses to contest again.