Docherty’s family confirmed his passing on Thursday, December 31, disclosing his death came after a long battle with illness. 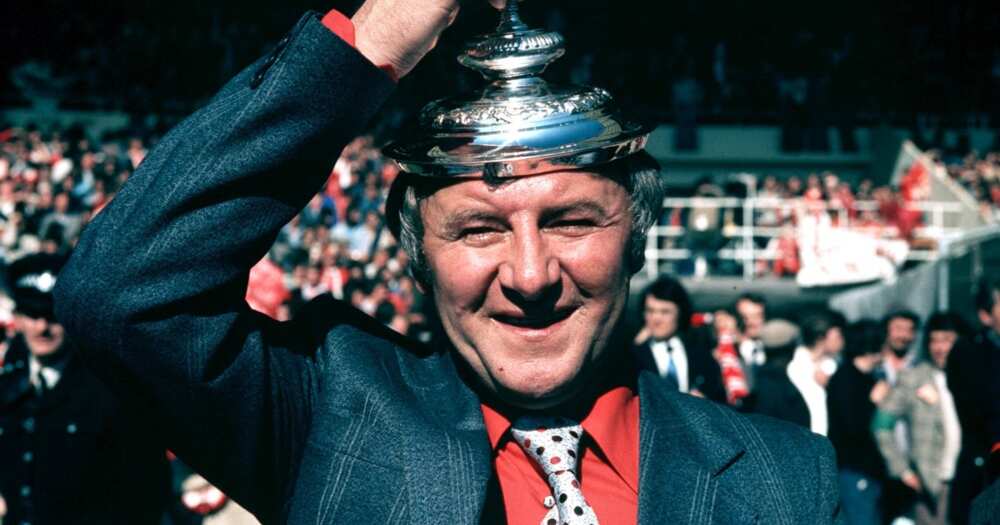 The Scot famously led Manchester United back to the top flight after the club suffered relegation in 1974.

His managerial career spans nearly three decades and during his time, he also managed Chelsea where he won the league cup.

The fondest memories of Docherty as a manager was bringing back Manchester United back to the England top flight just when it looked like the club would disappear after their relegation. During his tenure, he lost the likes of George Best, Sir Bobby Charlton and Denis Law but still managed to build a competitive Manchester United side around young talent at the side.

Following their promotion, United went on to win the FA Cup in 1977 under Docherty, who dominated headlines during his managerial career in the 70’s.

Despite his FA Cup triumph, the gaffer was sacked the same year after multiple reports indicated he had an affair with the wife of a United physiotherapist Mary Brown emerged.

He had similar fortunes at Chelsea in the 60’s when he guided the London club back to the first division at the first attempt after the Blues suffered relegation.

Another thing Chelsea fans will remember Docherty by is the fact that he changed the Blues’ shorts to Blue from white, something which has remained to date.

Manchester United have since issued a statement of mourning after Docherty’s passing became public, saying:

“We are deeply saddened by the passing of Tommy Docherty, who led us to FA Cup victory in 1977 with a thrilling, attacking team in the best traditions of Manchester United. Everyone at the club sends sincere condolences to Tommy’s loved ones,” a statement from Manchester United’s Twitter read.

Meanwhile, Legit.ng had earlier reported that Gary Neville has urged Man United to sign a centre-back if they want to contend for the Premier League title this season, Mirror.