– Nobel Laureate, Professor Wole Soyinka, is one of the prominent Nigerians who have taken the train

– However, Nigerians had earlier complained about the cost of the train tickets which ranged from N3,000 to N6,000

On Monday, December 7, the first commercial operation for the Lagos-Ibadan train service took off, from Lagos, Nigeria’s commercial nerve centre, to the ancient city of Ibadan, the Oyo state capital.

Though there was reported low patronage on the first day of operation with Nigerians complaining about the cost of tickets, almost one month after, it appears Nigerians are beginning to show interest in the rail service.

On social media, especially Twitter, #BuhariTrain is trending as Nigerians share pictures of themselves on the train. 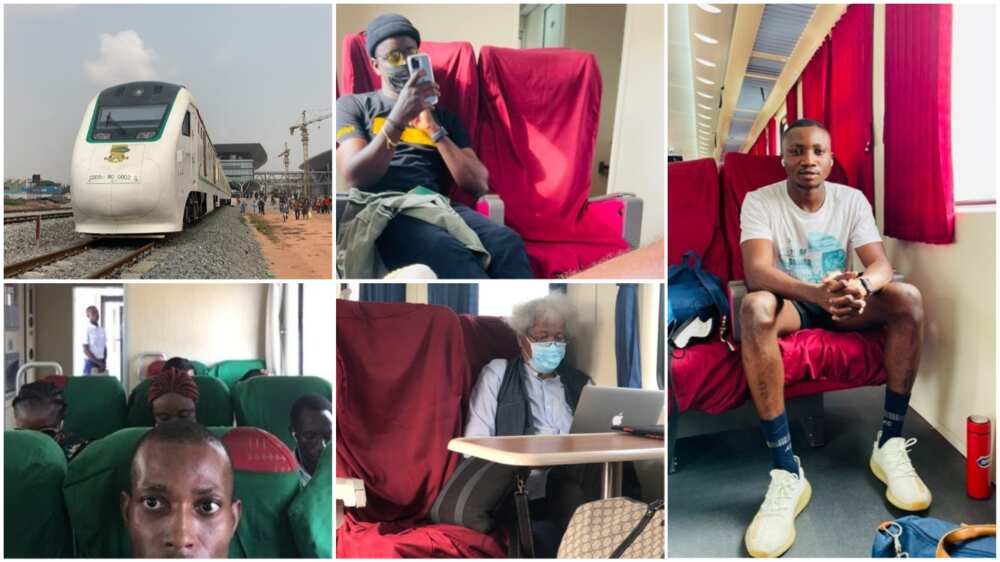 Legit.ng curates some of the Twitter posts and pictures shared by Nigerians who have used the train on Twitter.

Oluwole Dada, @oluwole_dada, expressed excitement that the use of the train is gaining momentum just as he shared a picture of passengers in the train.

His tweet was retweeted by President Muhammadu Buhari’s personal assistant on new media, Bashir Ahmad, with the caption:

“Beautiful to see! The #BuhariTrain”

The Twitter influencer also commented on the intensity of the Air Conditioner in the train, a kind of experience hitherto absent in Nigerian trains.

Another Twitter user, @AkorRaymond, has taken the train, saying:

“Tomorrow is 2021, I wish to enter BuhariAir as I entered BuhariTrain 2020 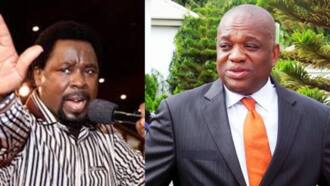 “I took the train from Lagos to Ibadan, it was a smooth and enjoyable ride.”

The focus of ADEMOLA, @RajiDraj, another Twitter user, was on the relatively cheap price of the train ticket from Ibadan to Abeokuta.

“We aren’t even talking about the fact that Ibadan to Abeokuta is N600 on #BuhariTrain. This luxury for N600.00, Bar Man give those crying another bitter pill.”

In an earlier report by Legit.ng, Amaechi said the federal government’s focus on railway and seaport development is a necessity to drive the nation’s economy.

Amaechi made this known on Sunday, September 20, at the virtual 15th Annual Kaleidoscope Global Business Conference hosted by the Consulate General of Nigeria in New York.

Presidential aide rips Bishop Kukah apart as she levels serious accusation against him, reveals why he criticised Buhari

“Many Nigerians have asked why the construction of railways? Eighty per cent of the cargoes we have in Nigeria are mostly imported because the Nigerian economy is yet to generate enough production.”