– Mohammed said that Mark was instrumental to his successful political careers

Bala Mohammed, the governor of Bauchi state, has declared that his political successes would be attributed to the generosities of the former president of the Senate, David Mark.

Leadership reports that he said the former Senate president was instrumental to his becoming minister of the Federal Capital Territory (FCT).

Legit.ng gathered that the governor made the remarks in Warji during the flagging off ceremony for the construction of Warji-Gwaram road in Warji local government areas of the state. 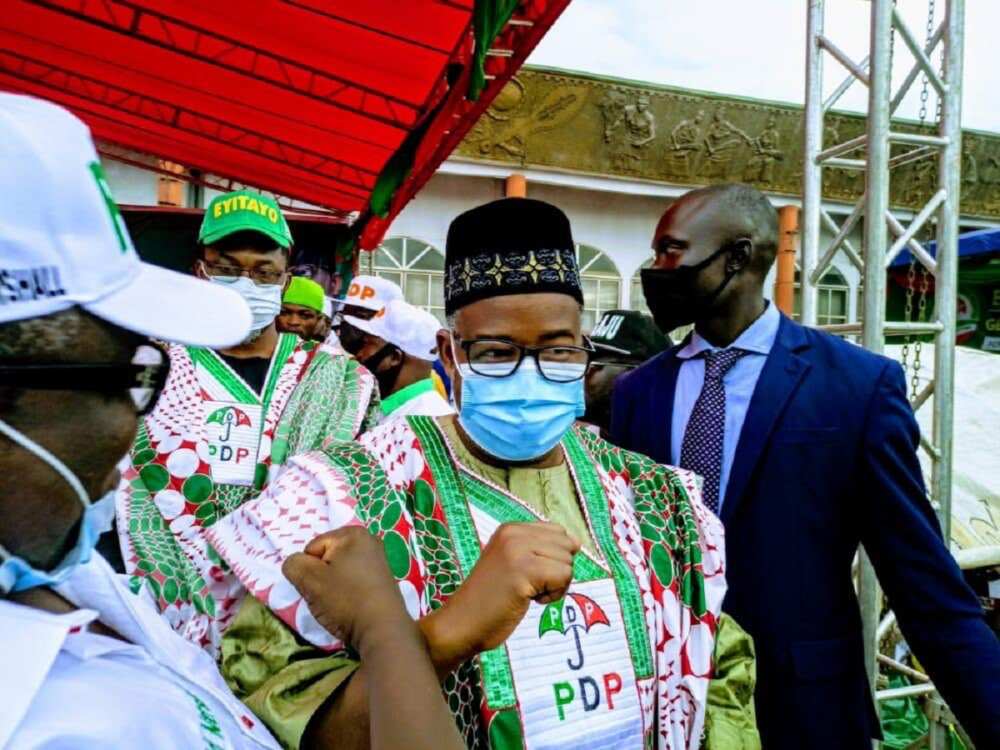 Governor Mohammed who recalled the harmonious working relationship with the former Senate president when he was a senator, said Mark made a mark in his life as a senator and minister of the FCT.

Mohammed who recalled that he had no backing of his state when he emerged as FCT minister, said the ex-Senate president stood behind him and supported his emergence.

“I did not emerge from my state, that is the work of God, but he was instrumental to my becoming a minister.

“And when I was coming back, it was David mark who stood his ground and stood behind my back and said Bala Mohammed must come back as FCT minister. I have never told anybody this; I have a deep sense of gratitude to him and gratitude to God.

He described David Mark as one of Nigeria’s nationalists, adding that they are the ones who fought and kept Nigeria as a united nation.

In his remarks, David Mark said his tenure as one of the longest-serving presidents of the Senate would not have been possible without the support of Bala Mohammed.

Meanwhile, Legit.ng had previously reported that Governor Mohammed reacted to the defeat of the Peoples Democratic Party (PDP) in the just-concluded state assembly by-election.

It was reported that he urged members and supporters of the party to accept the defeat with dignity and sportsmanship.

Governor Mohammed described the loss of the PDP as a will of God and encouraged the supporters of the party not to be divided by the temporary setback.

He said his government and the PDP need to strategise to regain their lost ground with chivalry, tactics, and teamwork, noting that defeat is a lesson.