Kenyans have heaped praises on a kind woman who built her mother a simple house. Beverly also said she will build her mother a permanent house after she is financially able to do so. 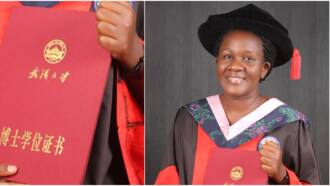 Woman celebrates bagging a PhD in law from University of Wuhan, here is how social media reacted to her achievement

“I promised to build her a home.I thank God it has come to pass even if it’s simple. It cost me 130k, not yet plastering which I am planning to do soon.”

Kenyans were more than proud of her for building her mum such a beautiful house. Here are some of the reactions:

“There’s no great blessing on this earth like remembering where your parents have brought you from and fulfilling their heart desires. The lady’s reward is in Heaven!”

“I have been wanting to do this for a very long time. May God bless me with a job because my first mission is to make them proud by building them a house so help me God. Congratulations Sharon may God bless you abundantly”. 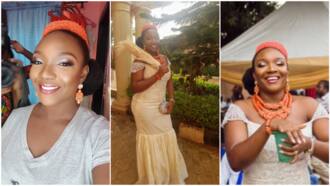 “When I see people changing the life of their parents I only say thank you God.”

“She is blessed, she has sacrificed so much ,some people will live large and can’t make their parents a Better house, its a good job well done”.

In a similar news, a Kenyan man has raised the bar for polygamy after building two identical houses for each of his wives.

The man identified as Hez Jakamollo shared the breathtaking photos of the two houses which are nearing completion and Kenyans were wowed at how they look alike and in proximity to each other.

In the pictures that he shared on social media, the bungalows which are just a few metres away from each other had a similar design, from the roofs to the windows, exterior walls and porches. 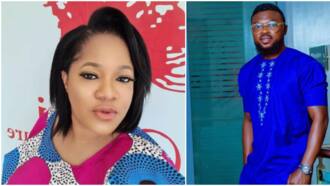