– A son, Melusi Sitshaluza, treated his elderly parents with cellphones so they could keep in touch

Melusi Sitshaluza took to the #ImStaying group on Facebook to share an inspirational story with Mzansi. He revealed that he had bought his elderly parents cellphones so they could communicate.

He said they were very happy. He went on to explain that he hated it when people would spend a lot of money on their parents’ funerals but nothing on them while they were alive.

“My father is 68 years old and my mother is 62 years old, my aim is to make them happy while they are still alive. I hate it when people arrange an expensive funeral when their parents are gone while they didn’t enjoy their life when they were alive I bought two Samsung A2 Cores for both my parents so they can chat on WhatsApp, they were very very happy.” 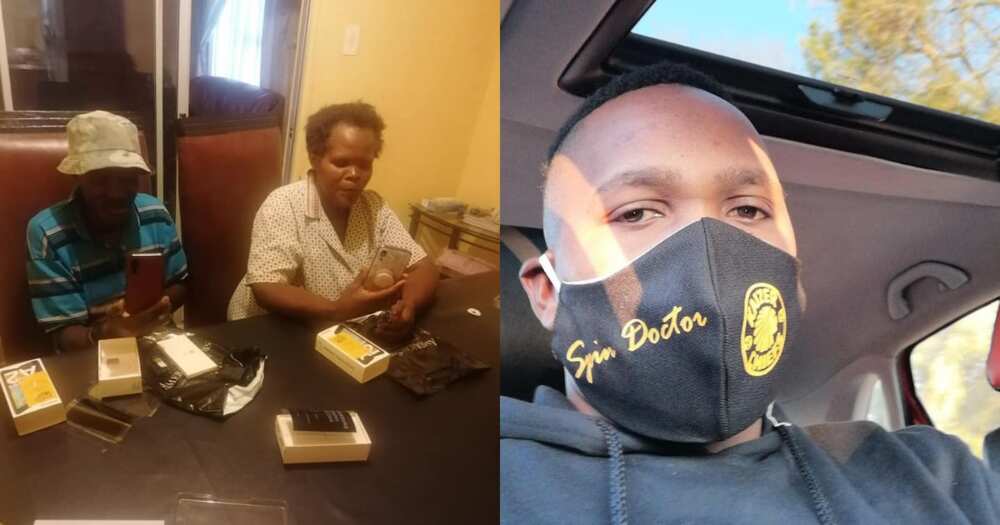 “That is great. I give flowers and care while they are alive.”

“You are making great memories, unlike so many others. Heartwarming!!”

“Parents are the best. Well done and thank you for the advice. Very profound.”

Meanwhile, Legit.ng earlier reported that a young lady took to Twitter to wish her dad a very happy birthday as she posted a photo of her father and the tyres she bought for him.

What made the post by Dimpho M Sono with the Twitter handle @singishameless extra interesting was that her dad’s special and very unusual birthday present was actually four brand new car tyres. 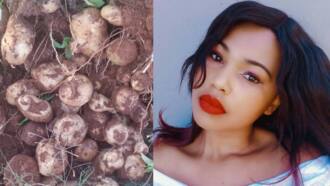 After this lady was sacked, this was how potato farming ‘saved’ her life, see the bountiful harvest she just had (photo)