– The governor of Borno state, Prof Babagana Zulum was received at the State House by President Buhari

– The meeting was confirmed to the public in a post shared on Facebook by Femi Adesina, a special adviser to the president

Femi Adesina, a special adviser to the president confirmed the meeting via pictorial reports shared on his Facebook page.

Legit.ng gathered that the agenda of the meeting which is coming amid the rise in security challenges in the country is not yet known as at the time of filing this report. 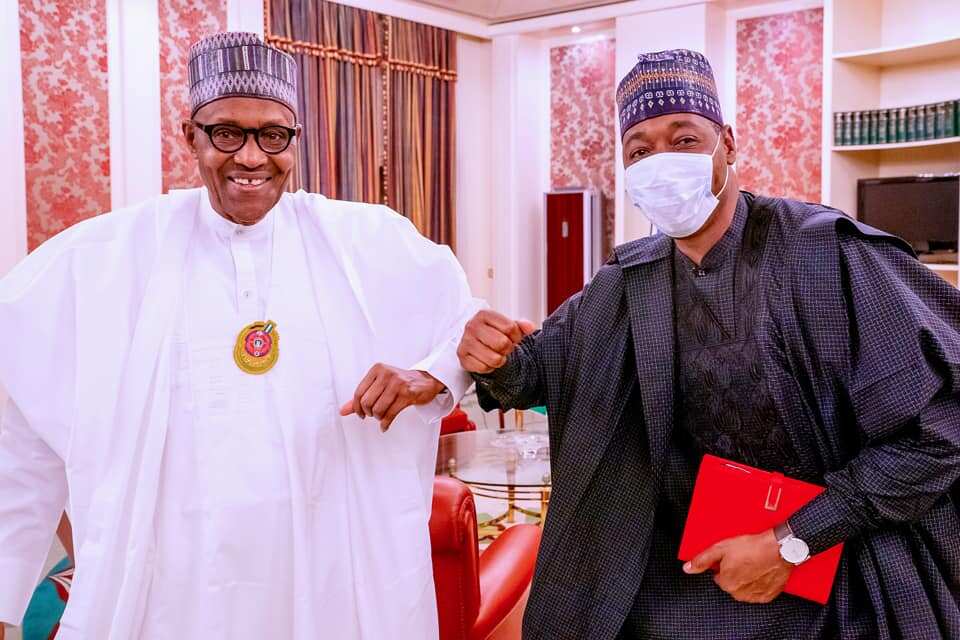 However, talks between the two leaders may be connected to recent attacks of Boko Haram insurgents on Borno state communities.

The meeting is coming two days after Zulum visited communities in Hawul local government area in the southern portion of Borno, attacked by Boko Haram insurgents on Saturday, December 26.

The governor had travelled to Abuja for series of scheduled activities but had to cut short his trip and flew out on Sunday morning, December 27.

Schools, shops and places of worship were not spared in the attack. The insurgents looted thousands of bags of farm products recently harvested by farmers and also emptied shops and market stalls.

Meanwhile, Legit.ng reported that troops of the 151 Battalion at Banki junction in Bama, Borno state were definitely in a celebratory mood after Governor Zulum announced a Christmas package for each of the soldiers and their officers. 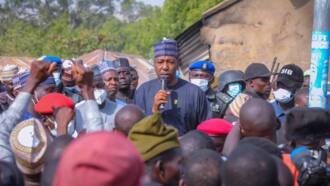 After hungry Boko Haram insurgents attacked Borno, this is what Governor Zulum did (photos)

The governor made the announcement while addressing over 700 soldiers on Tuesday, December 22, as he visited the headquarters.

Zulum explained that the package was for the Nigerian troops of the 151 battalion who have never been defeated by Boko Haram since its formation.