– Kaisha disclosed that her mum gave her two and a half plot of land, and also promised to develop it

It appears former Big Brother Naija (BBNaija) housemate Kaisha Umaru is among those who have counted themselves lucky to end the year 2020 in a most deserving way.

Just recently, the reality star took to her page on Instagram with the news that she is now the owner of two and a half plot of land in Imo state.

According to the ex-BBNaija housemate, the land was a surprise gift from her darling mother.

Kaisha also added that her mum graciously offered to help her develop the piece of land which is situated in Orlu Umuaka area of Imo.

“So my mum surprised me with one of her lands,two and a half plots in IMO state, orlu umuaka, and also promised to develop the land.”

However, the reality star declined the offer by her mum as she noted that the land gift is enough. Kaisha said she would be the one to build a mansion on the piece of land.

“Giving me the land is enough mummy, I will be the one to build a mansion by his grace of God. I am so so happy , mummy God bless you for this gift, you will reap the fruits of your labour in me in Jesus name amen. Mummy continue to pray for your daughter. Love ❤️ you always.” A video posted by Kaisha also captured the moment they arrived at the location of the land and how her mother handed over the documents of ownership. 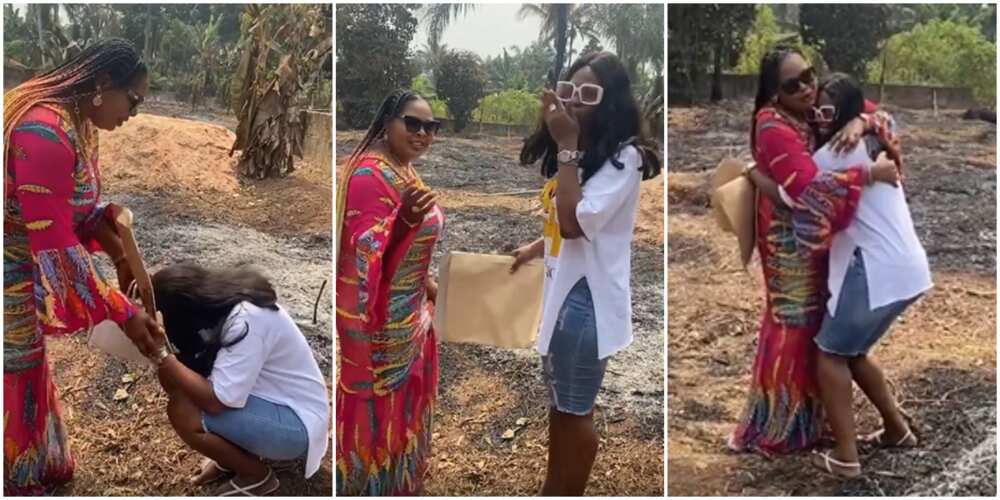 Some weeks ago, Legit.ng reported that Kaisha received heavy backlash in the online community. The reality star had posted a quick video to catch up with fans and she was captured ordering her maid to make breakfast.

However, Nigerians who watched the clip dragged the reality star noting that her action was demeaning.