– Mudashiru Obasa, the speaker of the House, said the appropriation bill was passed after weeks of deliberations

The Lagos state House of Assembly has passed into law the N1.155 trillion 2021 Appropriation Bill presented a few weeks ago by Governor Babajide Sanwo-Olu.

The Guardian reports that the appropriation bill was tagged the Budget of rekindled hope, adding that the budget estimate is higher than the revised 2020 budget of N920.5b due to challenges of the COVID-19 pandemic.

Legit.ng gathered that the passage of the bill came after weeks of deliberations, interactions and budget defence by ministries, departments and agencies before the House’ standing committees and ratified by the joint committee on economic planning, budget and finance. 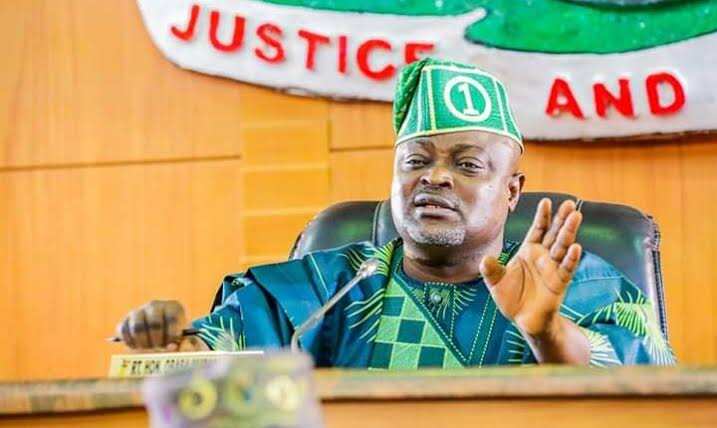 The speaker of Lagos state House of Assembly, Mudashiru Obasa, said the budget was passed after rigorous deliberation by the lawmakers. Credit: @mudashiru_obasa
Source: Twitter

The chairman of the committee, Gbolahan Yishawu, who represents Eti-Osa constituency II, presented the report at the plenary on Tuesday, December 29.

Speaker of the House, Mudashiru Obasa, said the lawmakers resolved that the Youth Empowerment Scheme (O’YES) of the ministry of agriculture was not yielding the desired results.

The House also swore-in a new member, Saheed Wasiu Obafemi, who won the December 5, 2020 bye-election of Kosofe constituency II under the All Progressives Congress (APC) following the death of Tunde Braimoh in July 2020.

Obasa urged the new lawmaker to synergise with other members of the House, urging him to make clarification from the office of the speaker or the clerk on any issues.

Meanwhile, Legit.ng had previously reported that in a move towards tackling numerous security challenges, the Lagos state House of Assembly on Monday, October 26, renewed the clamour for state police.

It was reported that members of the assembly reiterated this position during their solidarity visit to the Oba of Lagos, Rilwan Akiolu, whose palace was attacked by suspected hoodlums.

The lawmakers also commiserated with the governor of Lagos state, Babajide Sanwo-Olu, over a myriad of attacks on government properties, organisations and individual businesses.

Obasa disclosed that he and his colleagues have set up an ad-hoc committee chaired by the deputy speaker, Wasiu Eshilokun-Sanni, to relate with the victims of the attacks.