The three superstars led the Barcelona attack between 2014 and 2017 before the Brazilian left to join French Ligue 1 side PSG.

Luis Suarez on the other hand was axed this summer after Barcelona new manager Ronald Koeman placed a one-minute call to the striker to end his contract.

But Messi says the trio are still in talking terms as he discloses that they have an existing WhatsApp group chat.

“Neymar should be asked why he said we were going to play together.

“We have a WhatsApp group with him and Luis Suarez.” 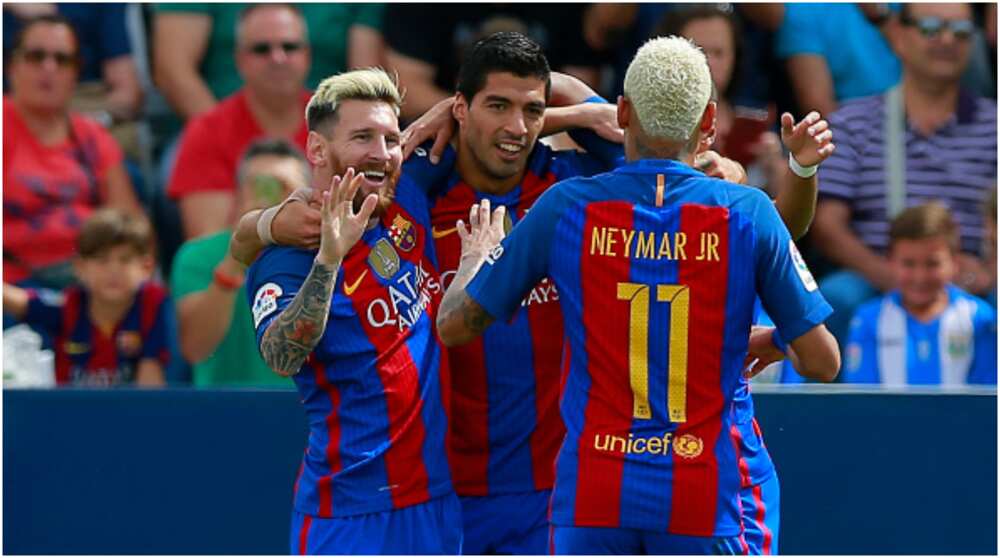 Both the superstars have uncertain futures, with Neymar linked to a move back to Barca and Messi having tried to leave in the summer.

The Brazilian superstar had left Barcelona to the Ligue 1 side in 2017 with many claiming he wanted to leave the ‘shadow’ of Messi in his quest to winning the coveted Ballon d’Or.

Neymar has been heavily linked with a return to the Spanish club, but with Messi already in the final year of his contract, his future remains doubtful.

Messi failed in his quest to leave Barcelona during the summer when he tendered his transfer request as he was forced to make a U-turn when the Catalan club claimed there exists a clause in his contract.

The Argentine has been heavily linked with a move to Premier League club Manchester City, but reports say PSG are also interested.

Meanwhile, Legit.ng earlier reported that embattled Barcelona captain Lionel Messi has declared interest in playing in the Major League Soccer in future claiming he would love to play in the United States someday.

The future of the Argentine legend remains in doubt as his contract expires at the end of the season amid interests from Premier League club Manchester City.

In his latest interview with Argentine outlet La Sexta, Messi revealed the current situation at Spanish club Barcelona and also spoke about his future.