– Twitter user, Ngozi narrated how a groom was upset about his family not getting served food which led him to shout at his bride who attempted to placate him

– This made her upset and she eventually called off the marriage

– The groom in response, stated he was also no longer interested in the marriage

A Twitter user identified as Ngozi has left many people stunned over the news of a wedding ceremony that was called off by the couple in Port Harcourt.

In a series of tweet, Ngozi recounted how the trouble started when the groom got upset over food not being served to his side of the family at the wedding ceremony. 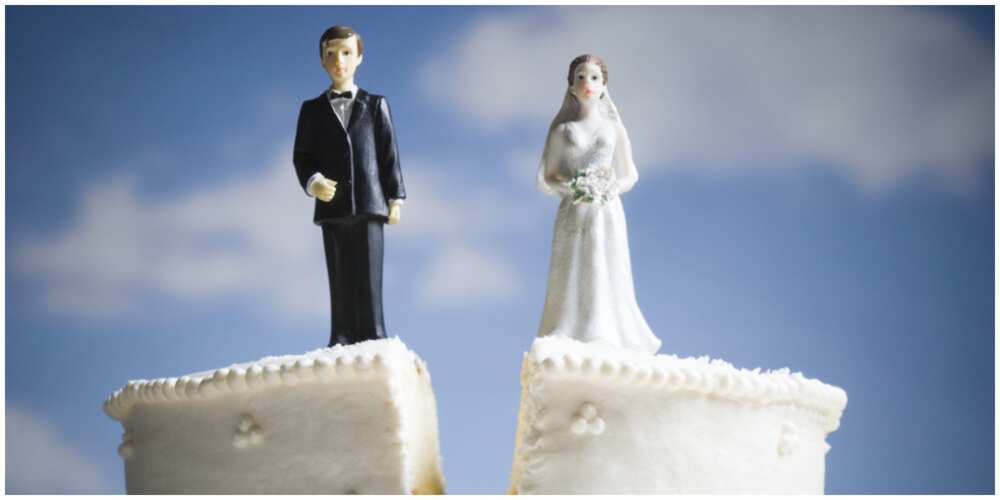 The bride got upset after the groom shouted at her in the presence of everyone.
Photo credit: Rubberball/Mike Kemp
Source: Getty Images

The bride went over the groom to calm him down but ended up getting shouted on by her newly wedded husband in the presence of everyone.

Ngozi narrated that the bride said nothing in response as she went back to her seat. However, when it was time to go, the bride told her groom that she was no longer interested in the marriage.

Rather than attempt to fix the situation, the groom in response, stated that he too, was no longer interested in the marriage.

The post which has since gone viral had many internet users sharing their thoughts on the issue.

While some people thought it was the bride’s fault, there were those who blamed the groom and applauded the bride for ‘standing her ground’.

In other news, a video which was shared by @mediagist on Instagram shows the moment a lady disrupted a wedding, claiming to be married to the groom.

What was meant to be one of the happiest days in the life of a lady turned out, well, to be pretty embarrassing and devasting when her groom’s huge secret was exposed.

In the video, the woman is seen disrupting a wedding ceremony with a baby tied to her back. Sharing her story, she claimed they weren’t divorced, and there was no issue between them.