A short video of a white man dancing passionately at a Nigerian wedding has gone viral as many wondered where he leanrt his moves.

In the clip, the man slugged it out with a young lady as he danced to a popular Nigerian instrumental used by most DJs.

As the beat came on, the white dancer stretched out his arms and shook his head vigorously, winning applause from the crowd.

He followed it up with the hand and leg (gbese) move popularised by Nigerian Singer Zlatan. The crowd roared more after he did that as other dancers stopped to observe him.

There is no doubt that he outmatched everybody with his flexible moves as everywhere ‘stood still’ to observe him.

“It’s the head shaking for me, he’s feeling the beat to his core.” 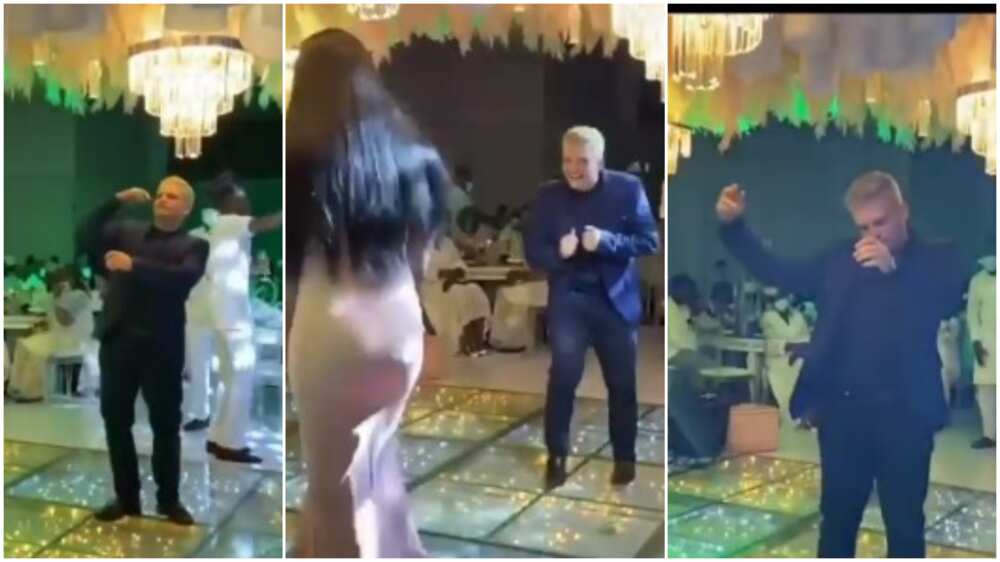 A white man has become famous on the internet after dancing passionately at a Nigerian wedding.
Photo source: Igboweddingng
Source: Instagram

“Omo he danced more than me. Wow.”

Meanwhile, Legit.ng earlier reported that a young boy joined the #GoCrazyChallenge and he seems to have won it with his amazing moves.

The challenge is based on Chris Brown’s Go Crazy song. In a short video that is less than one minute, the boy showed off his “legwork” as the song played from a moving car that has its passenger door open.

An adult voice, perhaps the boy’s mum’s, hyped the kid’s skill, encouraged him to keep displaying the amazing moves he has in abundance.

Before the boy started dancing, the woman told him that she wants to see him go crazy. She said:

“Baby, let me see you go crazy one time.”