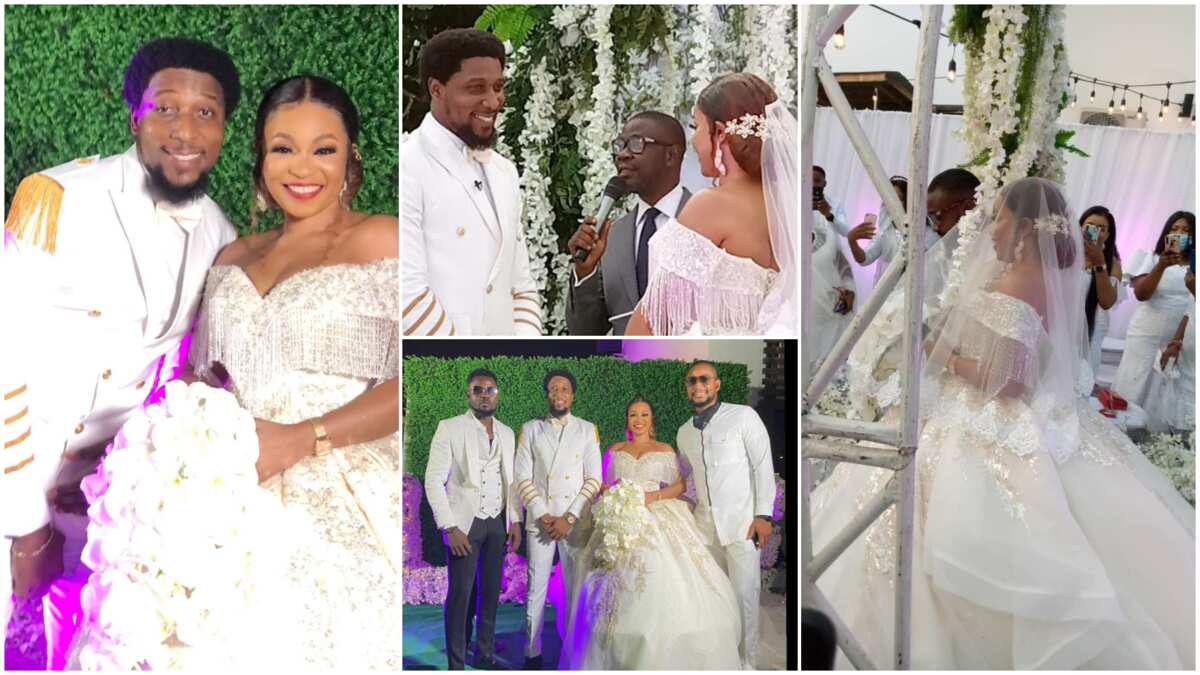 Finalists of Ultimate Love NG season one have actualized the purpose for going to show which is not only to make people partners but see them get married.

It should be noted that Chris Adah and Chris Obaoye earlier announced that their wedding would be held on Saturday, December 26.

Photos and videos of the wedding are all over Twitter, giving people who could not attend the actual ceremony a rundown of how everything turned out.

Celebrities like Brighto of the BBNaija lockdown show also attended the event. A video showing the groom taking the veil off his wife’s face got people mushy on the app.

Below are some of the reactions from Nigerians as the wedding trended online:

“It is the Lord’s doing and it is marvelous and perfect in our eyes. Congratulations Mr and Mrs Chris Obaoye. God bless this Union.”

“Wow! Who would have thought,these two were the real deal? So they are the ultimate couple? Like Chris Adah got her man on the show despite everything? Wow! Congrats once again DoubleChris Clapping hands signClapping hands sign God bless your marriage.”

“I’m so emotional remembering how she was rejected in the house just see God,chai.”

Meanwhile, Legit.ng earlier reported that Cherry and Michael also participants of the show officially called off their relationship.

The couple met on the matchmaking reality show and kicked off their romance. However, seven months down the line, the relationship has crashed much to the sadness of their fans.