– Cristiano Ronaldo gave the Player of the Year to Robert Lewandowski, reports claim

Cristiano Ronaldo did the unthinkable when he reportedly handed the Player of the Year Award to Robert Lewandowski.

It is understood that the 35-year-old was actually the winner of Player of the Century but handed the 2020 best player accolade to Lewandowski instead.

Italian news media outlet Tuttosport quoted by Give Me Sport stated that his agent Jorge Mendes who happens to be working for both players’ believes Ronaldo only won the award over Lewandowski in the public vote due to his popularity. 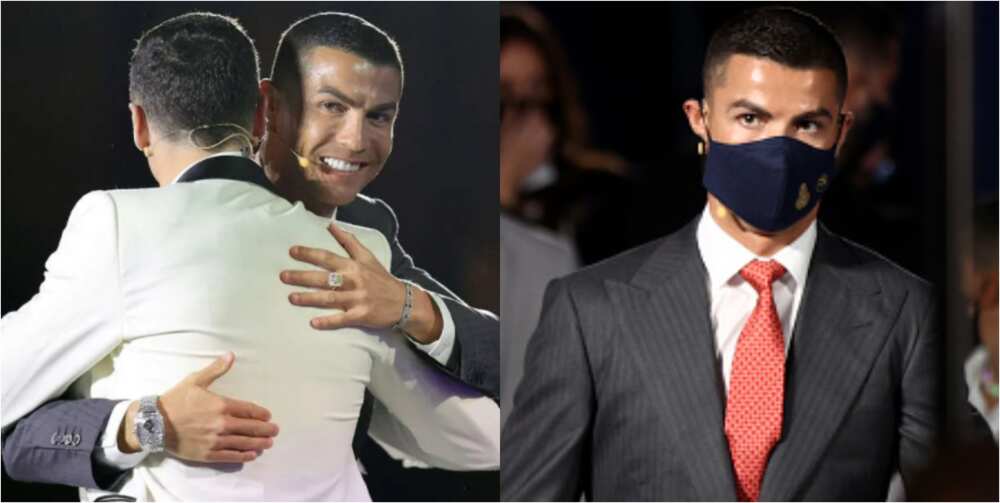 Lewandowski’s 55 goals last campaign helped the Bavarians capture a remarkable treble which no player in the top leagues in Europe achieved.

However, the Player of the Century is undoubtedly Ronaldo and the Portuguese star promises to work harder after receiving the award.

“For 20 consecutive years I have played and scored as a professional, I didn’t know there was another record to beat.

“It’s a pleasure to hear about the records, I have achieved all this but without my teammates, without a great team, I would not have achieved these records.

“It is an exceptional achievement. It gives me the motivation to move forward.

“To be named the best is a great honour, I hope that this situation is over next year and that we can have more fun, thank you very much.

“I hope to still be able to play for more years.”

Ronaldo had more votes than the two other finalists after being voted the best player of the 2000s in the United Arab Emirates.

Legit.ng also reported that Robert Lewandowski is still basking in the euphoria of being named FIFA TheBest men’s player for the year 2020 as he celebrates Christmas with his family and two kids.

The Bayern Munich forward shared a photo of his wife, Anna along with his two daughters, Klara and Laura on his Instagram handle.

The 32-year-old also shared a throwback photo of his parents when he was a kid and dropped a message appreciating his family.