The football match involving Oadby Town and Leicester Nirvana was abandoned in the 78th minute after an Alsatian dog belonging to a supporter repeatedly ran onto the pitch, SunSport reports.

Centre-referee called-off the match over safety concerns as the rowdy dog became too tough for even its owner to control.

It was gathered that the dog could be reacting to the referee’s kind of whistle as the match official did everything possible to calm what spectators branded a ‘large Alsatian’.

The visitors were 2-1 ahead with barely 12 minutes left on the clock in their first United Counties League match since October.

But one of their scorers, Shaquille Master, plus Oadby’s Mandeep Bains, had already been sent off.

The Non League Paper suggest it was a home supporter’s dog causing the problems.

Nirvana tweeted: “Never experienced a game not finishing due to a person and his dog both on the loose around the ground… refs said enough.. game over!”

Yet it’s not the first or most spectacular time a dog has intervened in football.

Torquay stayed in the League 33 years ago after a police dog bit their right-back Jim McNichol against Crewe on the final day of the season. 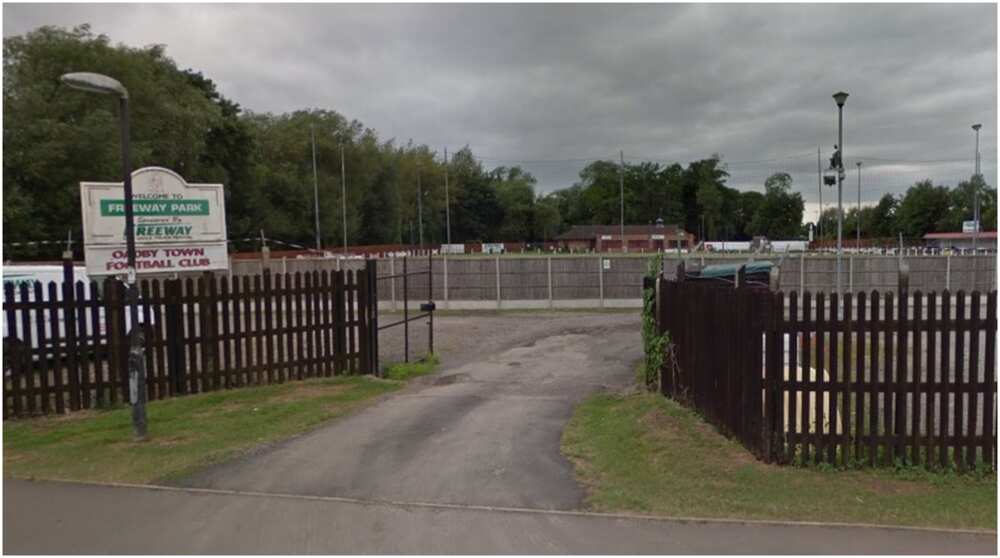 Webo was in the middle of a racism controversy after it was alleged that fourth official, Romania’s Sebastian Coltescu, referred to a player with his skin colour.

The Cameroonian was sent off during the cracker and former Newcastle United and Chelsea striker Demba Ba was visibly furious and vocal.

The match was allowed to continue the following day with a new set of referees and after the French giants won 5-1, the club’s president Nasser Al-Khelaifi handed over Webo his own shirt.

However, Legit.ng earlier reported that the world’s football governing body FIFA has officially confirmed the cancellation of the U17 and U20 Women’s World Cup scheduled for early next year.

2020 U17 Women’s world Cup which was originally scheduled for November this year was postponed to hold between February 17 and March 7, 2021, but it has now been cancelled.

This is due to the second wave of the coronavirus pandemic which has now seen a surge in cases and deaths.