– The defender has fallen down the pecking order under Frank Lampard

Atletico Madrid are reportedly planning to sign out-of-Chelsea defender, Marcos Alonso, on loan when the transfer window opens next month.

The Spaniard has been frozen out of Frank Lampard’s squad with the club legend preferring both Ben Chilwell and Emerson Palmieri above him in the pecking order.

He has made just three appearances in the Premier League so far this campaign with his last game coming in the Blues 3-3 draw against West Bromwich Albion on September 26.

Lampard’s men were three goals down in the first half and by the end of the match, they completed a dramatic comeback at the Hawtorns. 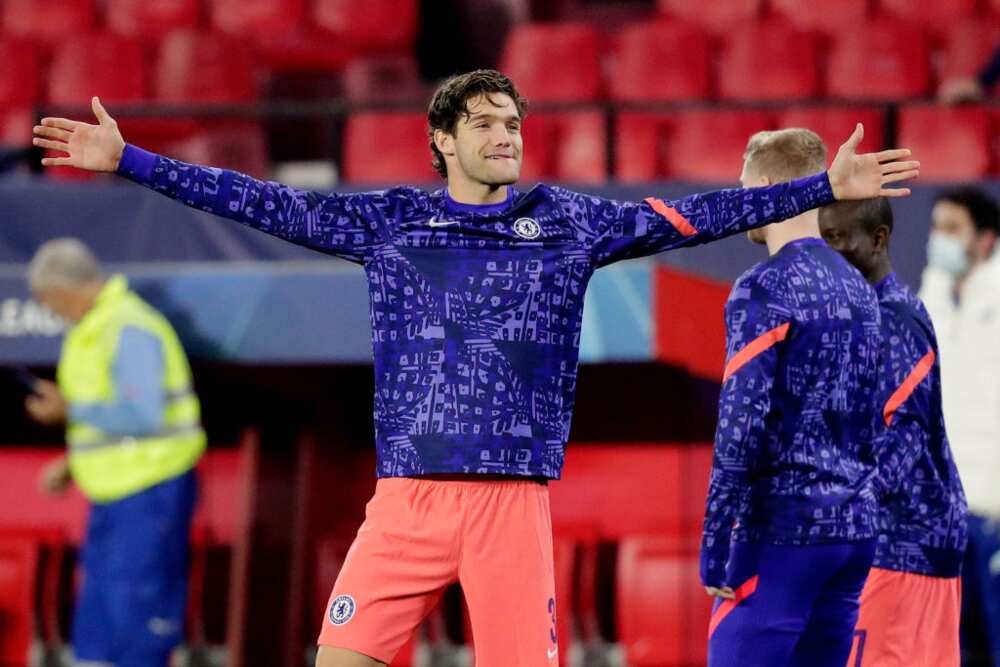 The 30-year-old came off for countryman Cesar Azpilicueta at the start of the second half and the tactical substitution proved very instrumental in the stalemate.

Alonso has been an unused sub in four Champions League matches and with him fast becoming surplus to requirement at Stamford Bridge, the club is listening to offers from other teams.

However, Atletico, according to Daily Mail quoting The Independent are the most serious as they are in talks with the Blues over a January loan move for the Madrid-born player.

He graduated from the Real Madrid academy but only made one first-team appearance for the Bernabeu club before signing for former Premier League club Bolton Wanderers in 2010.

Alonso joined Chelsea from Fiorentina in 2016 in a deal valued around £24 million and has won one Premier League, one Europa League and an FA Cup title in his four-year reign.

Though his current deal with the London club expires in 2023, they are ready to allow him to join another club before then.

Legit.ng earlier reported that Callum Hudson-Odoi has lashed out at Chelsea teammates after their 3-1 defeat to struggling Arsenal at the Emirates Stadium.