– The Nigerian army makes clarification about the fire at the official residence of the NDA commandant, Major General Sarham Jamil

– The spokesperson for the NDA, Abubakar Abdullahi said the incident was not as serious as being reported

The Nigerian Army has spoken about the fire that occurred at the official residence of the commandant of the Nigeria Defense Academy (NDA), Major General Sarham Jamil.

The residence located in Unguwar Sarki Government Reserved Area (GRA) was reported to have been gutted by fire on Sunday night, December 27, according to Daily Trust. 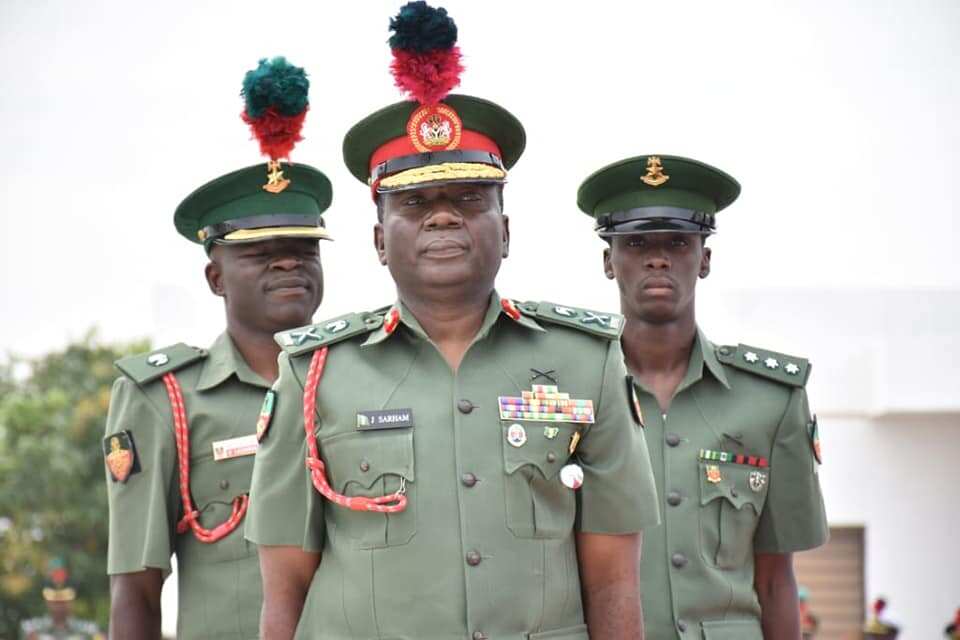 An eyewitness told the publication that flames were sighted coming from the building around 8pm.

He said civilians around Unguwar Sarki who wanted to help extinguish the fire were prevented by soldiers from gaining entrance into the facility to render assistance.

However, the spokesperson for the NDA, Abubakar Abdullahi said the fire affected a part of the house and not the entire building.

“It is not the whole house that caught fire but a store where some items were kept. The fire was immediately contained and there was no injury or fatality.”

In another news, the governor of Nasarawa, Abdullahi Sule, has called on President Muhammadu Buhari to solicit the help of the Chadian army to actualise victory in the anti-terrorism battle.

During an interview on Sunday, December 27, Governor Sule revealed that the participation of the foreign soldiers in the battle against insurgents has been successful, The Punch reported.

He, therefore, stated that it is time for the federal government to get their help so as to end terrorism once and for all in the country.

Meanwhile, the Centre for Social Justice, Equity and Transparency (CESJET) has applauded the Nigerian Army over the release of the abducted students of Government Science Secondary School, Kankara in Katsina state.

The group said the army showcased a high level of human rights compliance in carrying out its responsibility of securing the lives of the schoolboys abducted by some criminals.

CESJET said the army troops also improved in professionalism, commitment, and proactiveness in their line of duty.