– Paul Scholes is impressed with the productivity of Bruno Fernandes

Manchester United legend Paul Scholes has showered praises on Bruno Fernandes for his contributions since his arrival in January 2020.

The former footballer turned pundit made the admission after the Red Devils 2-2 draw against Leicester City at the King Power Stadium on Boxing Day.

Fernandes had a hand in his side’s two goals after scoring one and assisting the other while they remain five points behind league leaders Liverpool who also dropped points at Anfield vs West Brom.

The Portuguese now has 14 goals and seven assists in 22 appearances across competitions for the Old Trafford outfit so far this campaign – a tally that will definitely go up before the end of the season barring any unforeseen circumstances. Scholes Man United Media after the game: 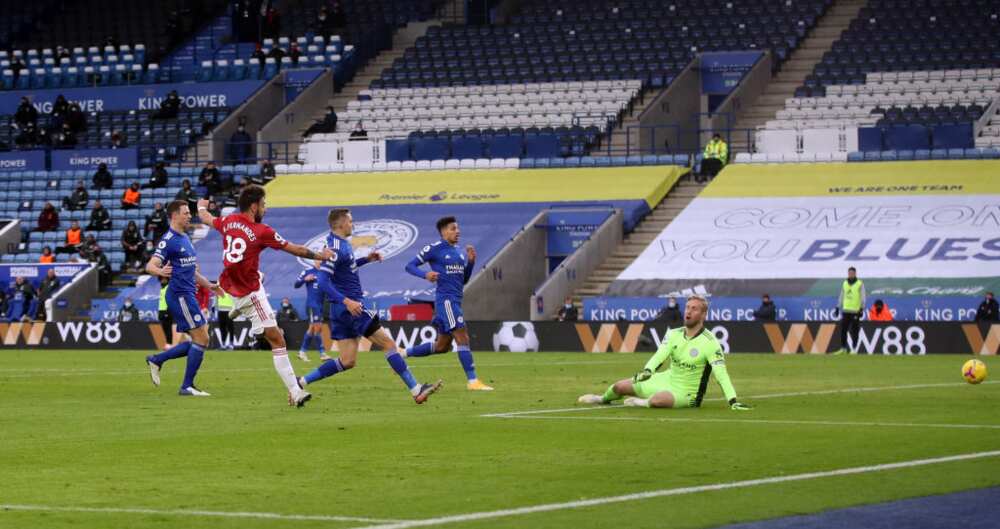 “What he’s doing is phenomenal, really. “I think if you look, since he’s been [here], United would be top of the league if they won their game in hand, with more points than Liverpool, which is strange to think really because they’ve had such a bad start to the season.

“Well, you thought it was a bad start to the season, but they’re still right in there and I think they can only get better. The numbers he’s produced are just ridiculous, let’s hope he carries on.

“I’d like to play with him, probably behind him would be alright. But no, he’s been sensational, a big difference.

Legit.ng earlier reported that Bruno Fernandes’ tenth goal of the season against Leicester City makes him the second Portuguese player after Cristiano Ronaldo to score ten goals in a Premier League campaign.