Embattled Barcelona captain Lionel Messi has declared interest in playing in the Major League Soccer in future claiming he would love to play in the United States someday.

The future of the Argentine legend remains in doubt as his contract expires at the end of the season amid interests from Premier League club Manchester City.

In his latest interview with Argentine outlet La Sexta, Messi revealed the current situation at Spanish club Barcelona and also spoke about his future.

He said, as cited in ESPN:

“I would like to play in the United States someday, it’s always been one of my dreams… but I don’t know if it will happen!”

With Manchester City at the forefront of signing the 33-year-old, Messi admitted that he has spoken with the Citizens’ manager Pep Guardiola, but insisted that he is yet to make any concrete decision. He continued:

“I’m not negotiating as a free agent with any club. As I said, I have nothing clear until the end of the season. Let’s see how we do this season and what happens.” 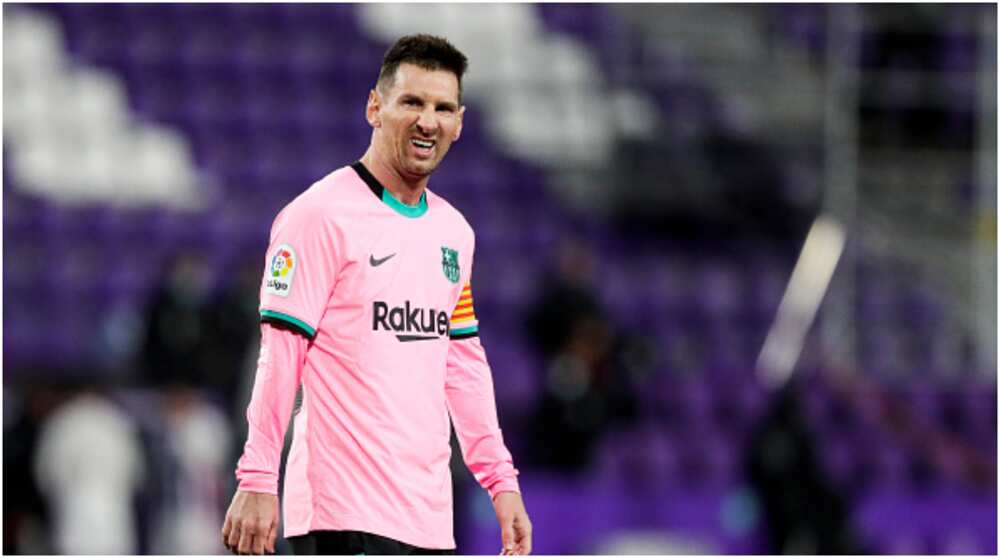 Asked if the return of Neymar would inspire him to commit his future to the Catalan giants, Messi said it will be a herculean task to land the Brazilian back to Camp Nou.

“Neymar? Bringing Neymar back to Barça would be so expensive.”

However, for him to declare his interest in the MLS, such news will excite football fans in the United States who would love to the legend on their soil.

Messi remains arguably the best player in the world and one that can likely maintain his dominance into his 30s.

Meanwhile, Legit.ng earlier reported that Portugal and Juventus striker Cristiano Ronaldo has thanked fans for voting him to become the Player of the Century during the 2020 Globe Soccer Awards.

The 35-year-old who has won plethora of amazing prizes, beat both Ronaldinho and Mohamed Salah to the award, with Bayern Munich striker Robert Lewandowski named as the ‘Player of the Year’ for 2020.

CR7, a five-time Balon d’or winner, smiled on stage in Dubai as he was named the greatest football player from 2001 to 2020.