– Curvy Gambian actress, Princess Shyngle, has taken to social media to flaunt the N19m cash she gave herself for her birthday

– The film star revealed that she could not get a house or car for her birthday, hence the gift

– Shyngle also expressed confusion over how to spend the money

Popular Gambian movie star, Princess Shyngle, is in a dilemma, she does not know how to spend the N19m cash gift she gave herself for her birthday.

In the video she shared via Instagram, the actress stated that she decided to gift herself the huge sum of money because she could not get a house or car for her birthday this year. 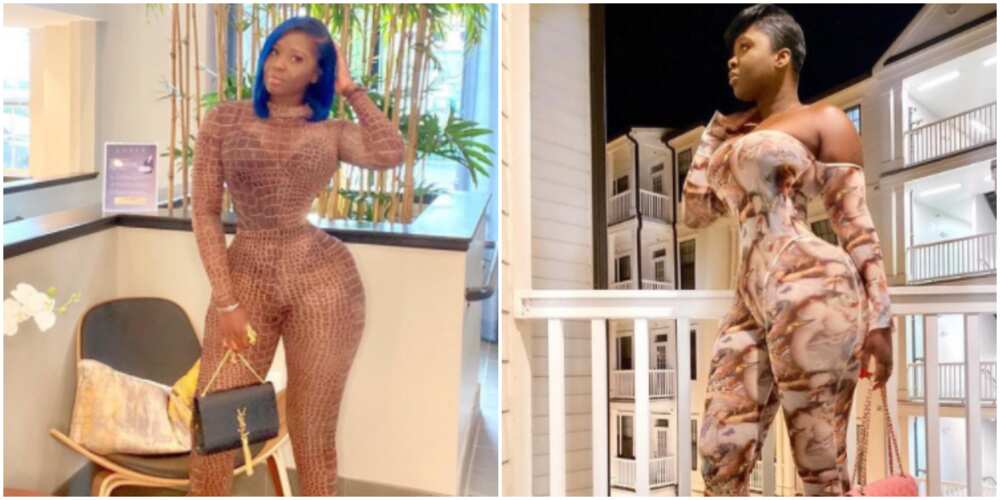 She also noted that she did not want to spend the money on designer items but would rather invest it.

The curvy beauty also asked her fans for ideas on what to invest the money in.

“I couldn’t afford to buy myself a car or a house for my birthday this year, so I decided to gift myself $50,000 cash, I don’t want to spend it on buying any designer stuff I rather want to invest it into something. problem is I have no idea on what to invest in to double or triple this money. I need help comment below if you have investment ideas or dm me.”

Followers of the movie star took to the comment section to advise her on how to spend the money.

“Please my advice to you if you don’t still have a house just buy that’s after .later you can buy a car.”

“Invest in land not houses, land turnover is high and easy to sell than houses, also consider location before you do it, wish you all the best.”

Meanwhile, Legit.ng earlier reported that Princess Shyngle threatened to report the married men wooing her to their wives.

Shingle vowed to take a screenshot of the messages married men send to her in the DM and send them to their wives as evidence.

Not all actresses are prostitutes – Titi Adeoye | Legit TV